It's time to break out (and refurbish) some of my Rogue Trader miniatures! My last post was a rumination on the close and mutually beneficial connection between roleplaying games and war games in the 1980's. This conversation seques right into Warhammer 40,000 Rogue Trader (1987) by Rick Priestley. 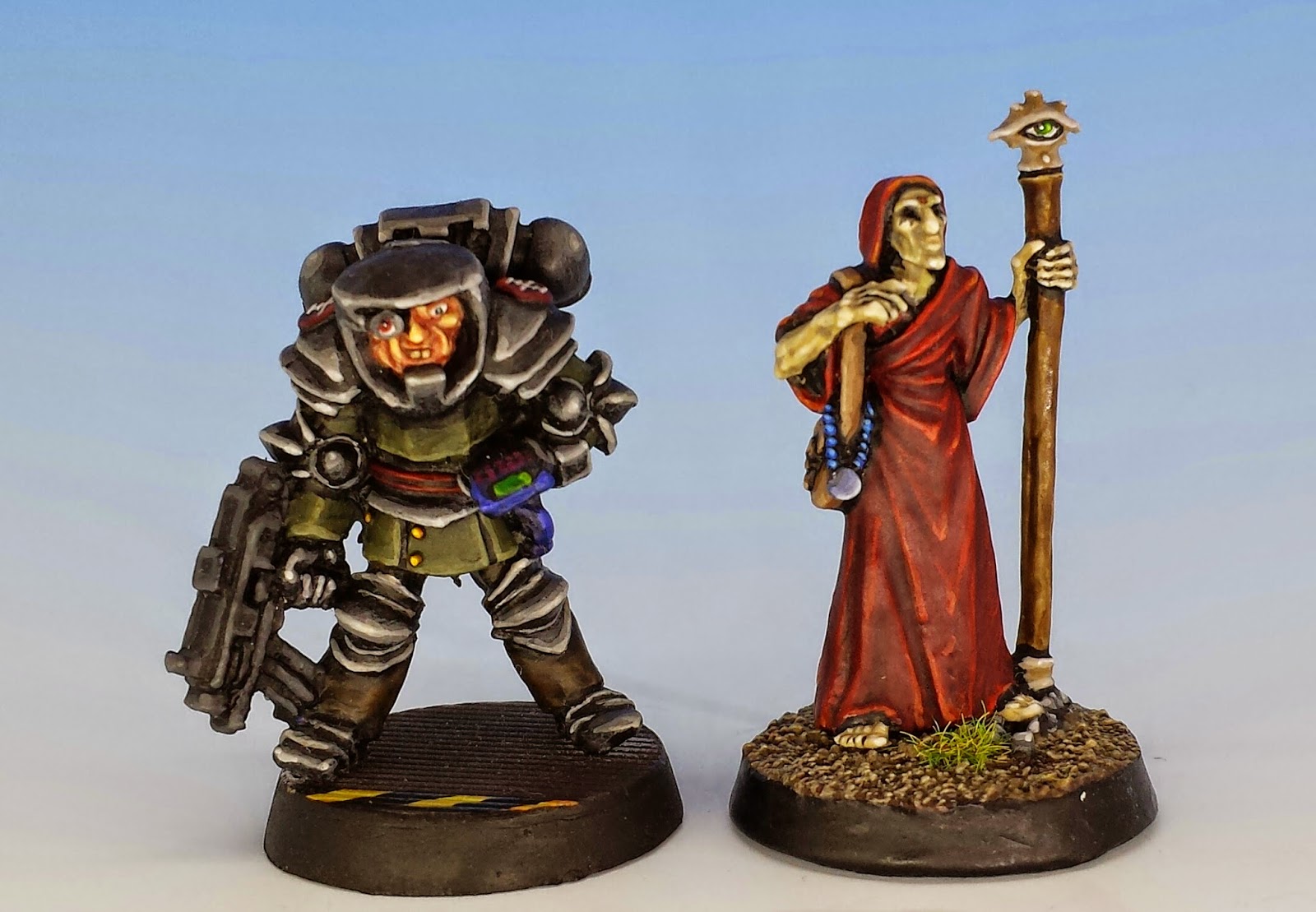 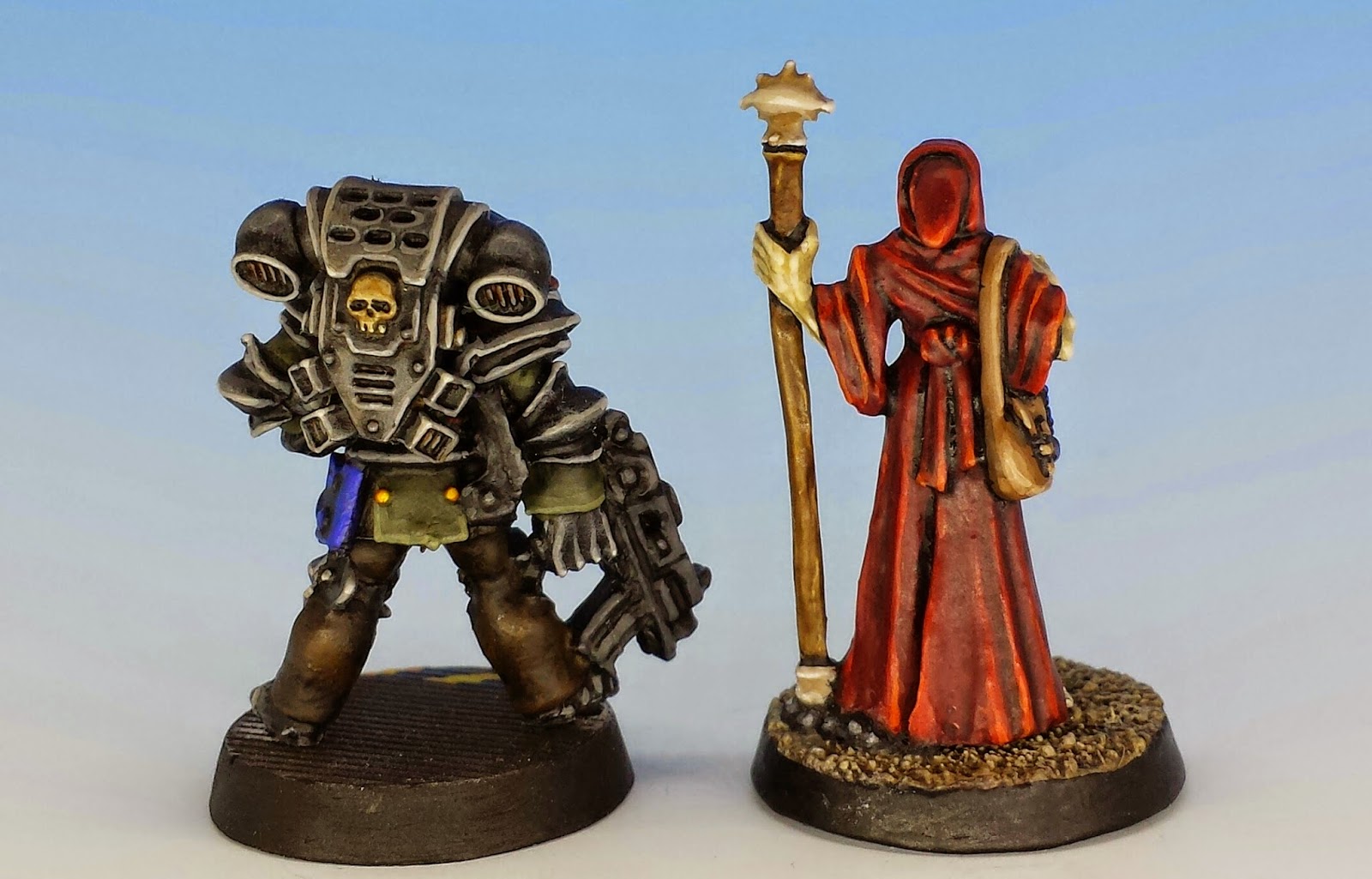 It's easy to forget how much Warhammer 40K has changed since 1987. Contemporary Warhammer 40K (now in its 7th edition) is mainly a system for competitive tournament play, along the same lines as De Bellis Antiquitatis or Flames of War. But Warhammer 40K's original form, Rogue Trader, was something radically different. It was a story driven adventure game featuring intricate plots and deep background, all supervised by a Game Master. The result is not so much a tactical battle as a cinematic shoot-out. My favourite manifestation of this is the "Plot Generator" on pages 240-248, which includes such entries as "Abdul Goldberg store your ship - the poker game was rigged. Your crew are unhappy - having been turfed from their ship together with their possessions. The ship leaves tonight - unless you can steal it back!" (Incidentally, I'll mention that Rogue Trader seems full of Space Hebrews like Abdul Goldberg. Other examples include Pedro Cantor and Myron Jubalgunn.) 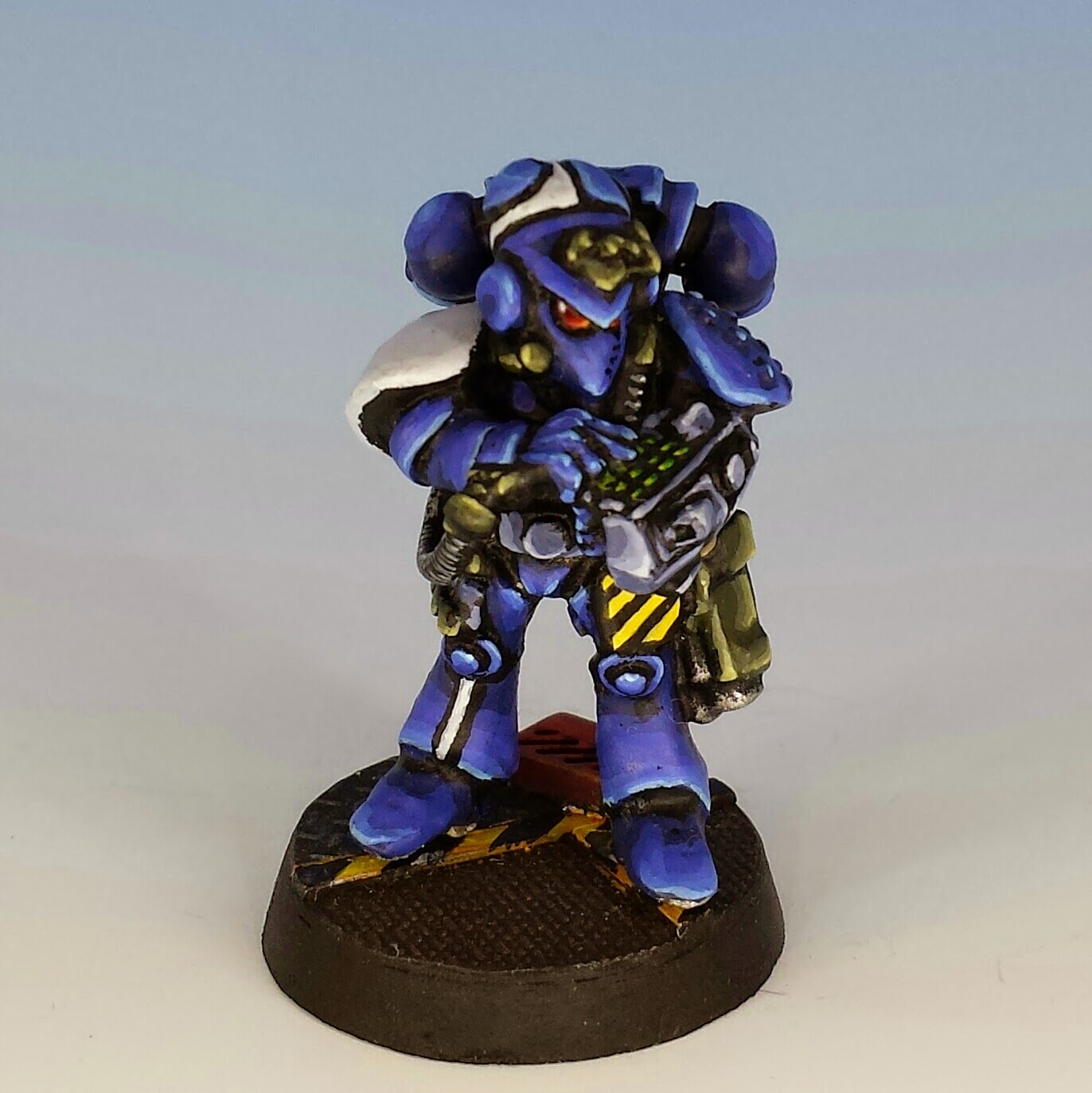 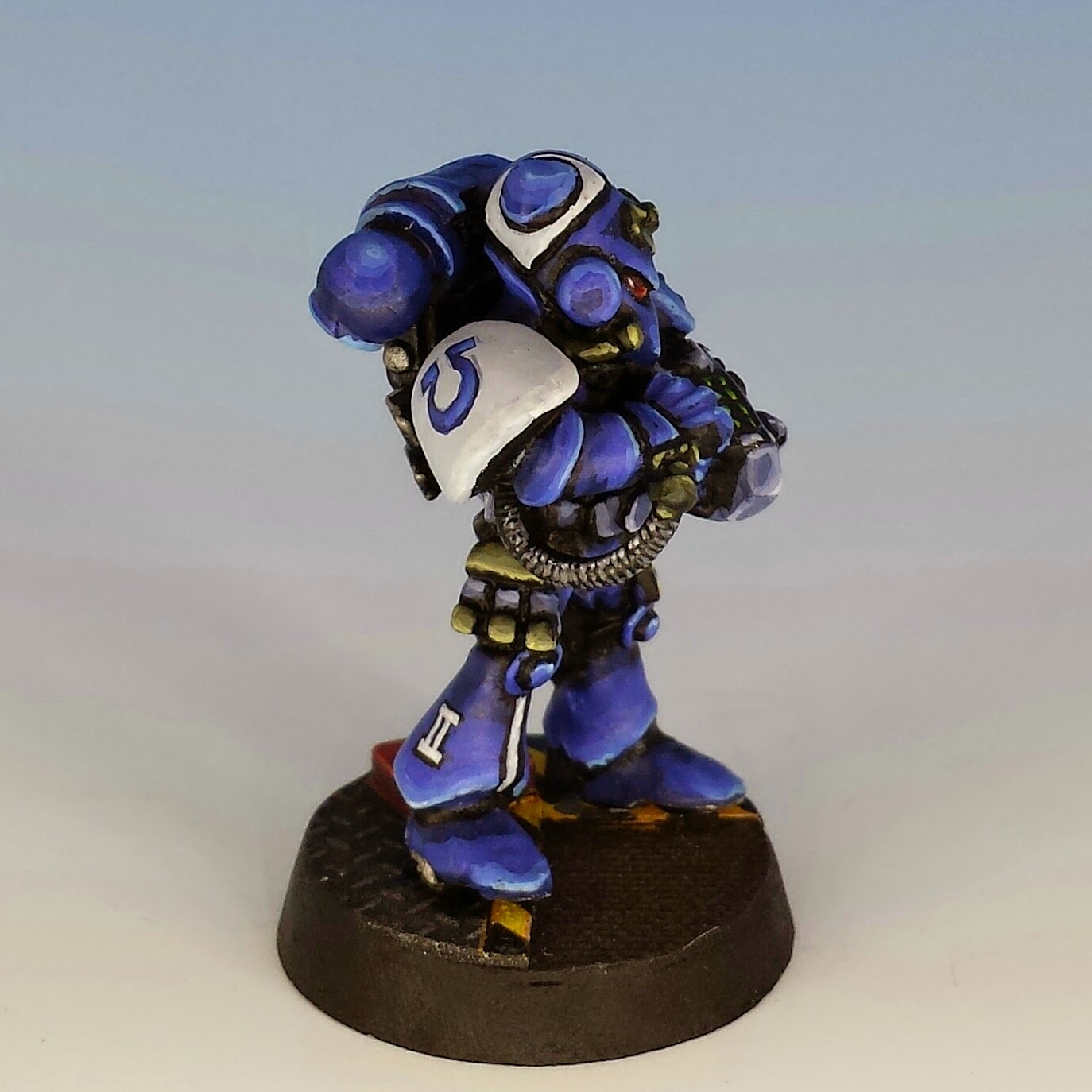 This hybridization of role playing and wargaming led to some grand results. In my view, Rogue Trader remains the best illustrated, most original and engrossing rule book ever produced. It is no exaggeration to say that every one of its 272 pages contains some image, quotation or photo that stimulates the reader into populating the Warhammer world with his own imagination. 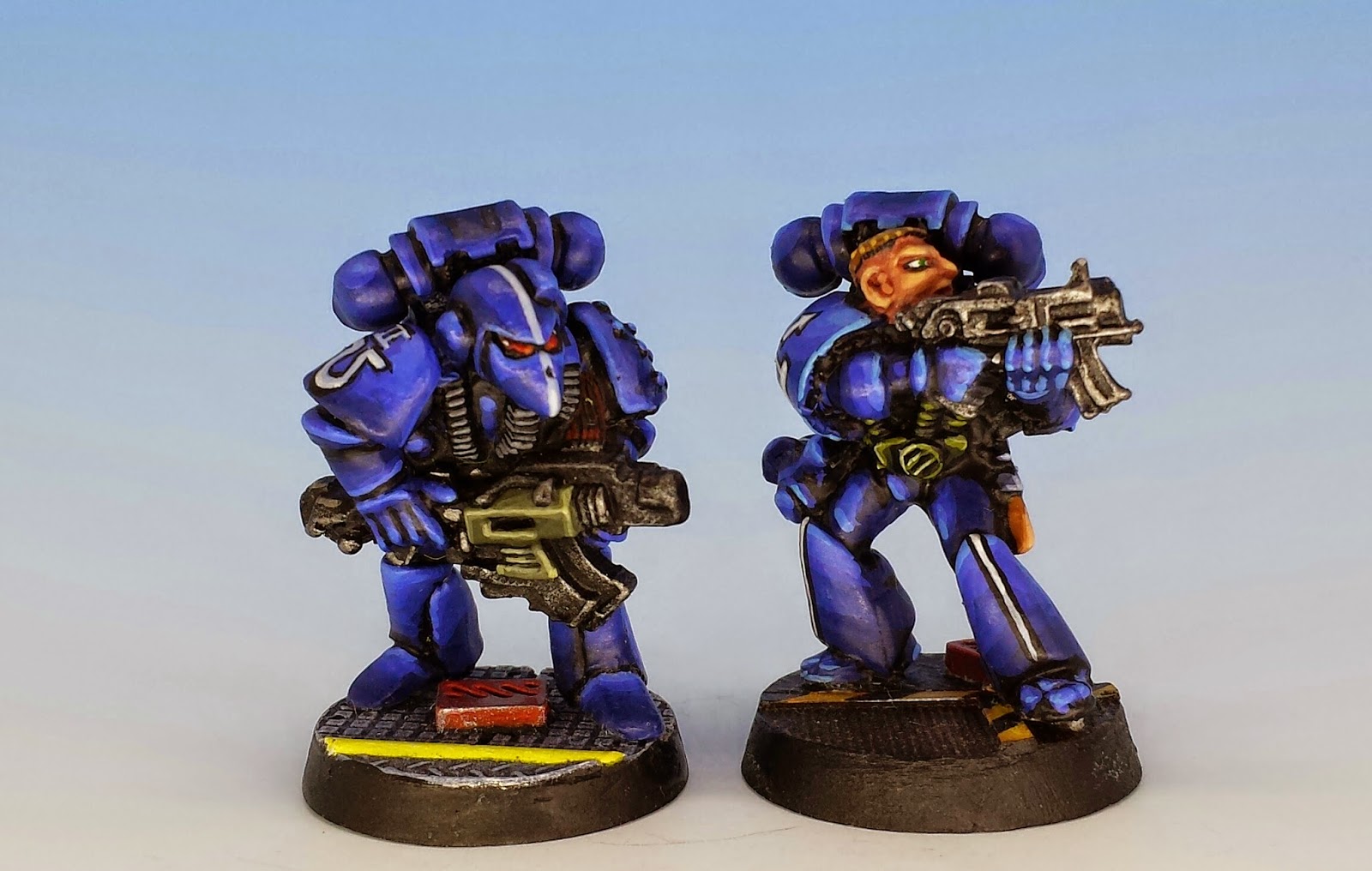 But that's not all. The story-and-character driven nature of Rogue Trader had an important impact of the designs of the miniatures. These early sculpts placed a real emphasis on giving each miniature his own persona, like bucked-toothed inquisitors, skeletal astropaths or bulbous-headed Space Marines. As well, rather than the homogenous armies that would come in later editions of Warhammer 40K, the original Rogue Trader range was populated by misfits: space pirates, adventurers, mercenaries and (my favourite) Eldar outcasts. These characters didn't and never would fit into any army list. Uniforms were not uniform and weaponry was improvised: Space Marines carried shuriken catapults and Eldar carried shotguns. These were just the sort of figures to rescue your ship from that schmuck Goldberg. 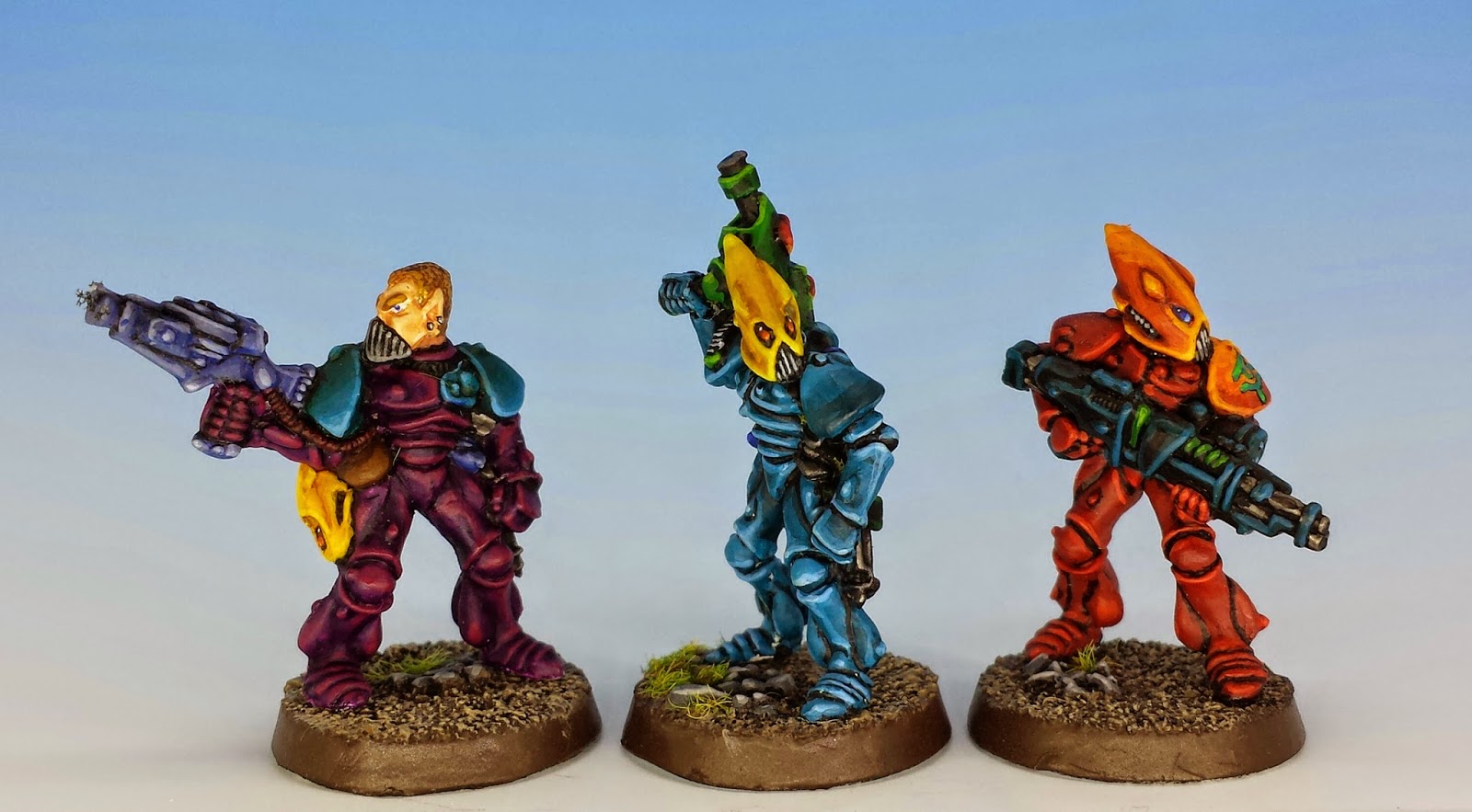 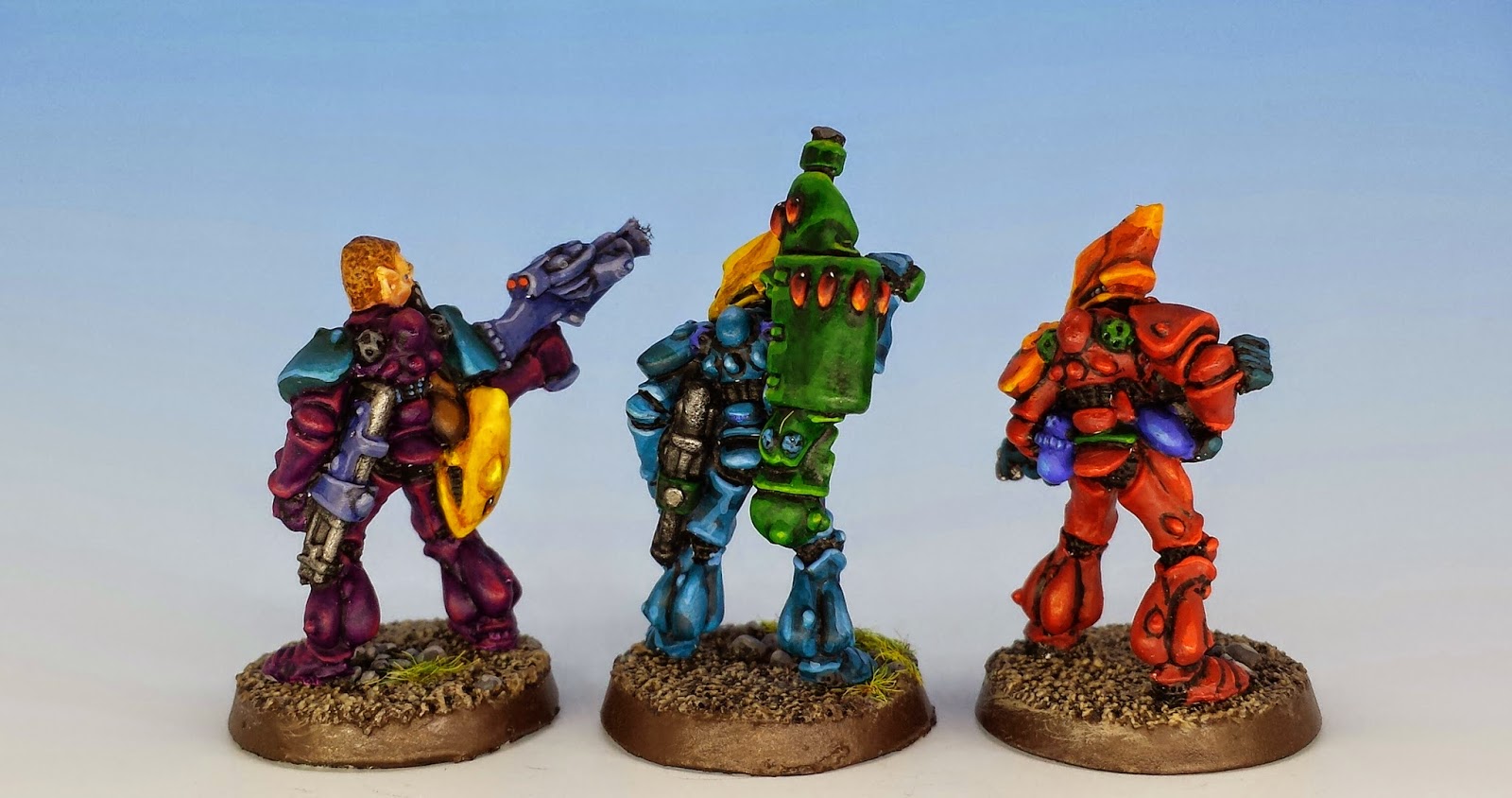