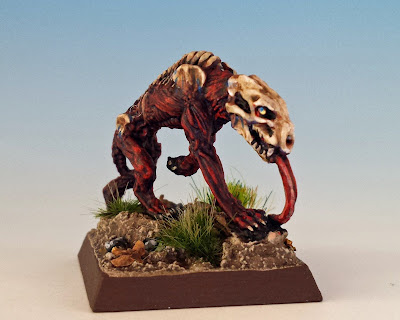 It's Hallowe'en! And we've got a scary one for you this week, Kids! It's another in our fine line of horror classics: Doctor Tongue's 3d House of Cthuloid Monsters! We're going to look at examples from five different spine-tingling ranges of miniatures inspired by H.P. Lovecraft. Pregnant women and those on heart medication -- please stop reading.

First up we have the Hound of Tindalos. Brrr! Ha ha! That miasma of foulness will jump straight out of the angles of time! They are lean and athirst, Kids. That long tongue will suck the vital juices right out of you, faster than Count Floyd can drink a beer, I'm telling you.


This Hound of Tindalos was carved by John Dennett for Grenadier Models in 1983 as part of Grenadier's "Call of Cthulhu" range. Many of Dennett's sculptures remain the creepiest interpretations of these creatures. No one has topped his Hound of Tindalos, his Mi-Go or his Byakhee. 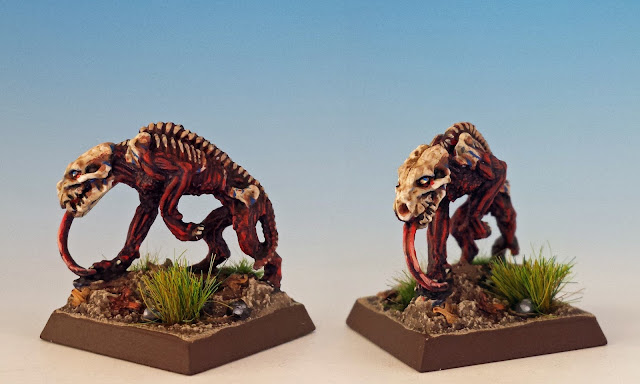 Quick, Kids: Who said "Man is the cruelest animal."? Was it the crazy Teuton, Friedrich Nietzsche? Or was it the mad Arab, Abdul Alhazrad? It won't matter when you find yourself upon an apparently abandoned road which you had chosen as the shortest cut to Arkham; overtaken by the storm at a point far from any town, and confronted with no refuge save for an antique and repellent wooden building near the foot of a rocky hill. Because that's when you're going to meet him.


This cannibalistic, ax-murdering Yankee is "The Hillbilly" from Citadel's Gothic Horror range of miniatures, sculpted in 1986 by Aly Morrison. 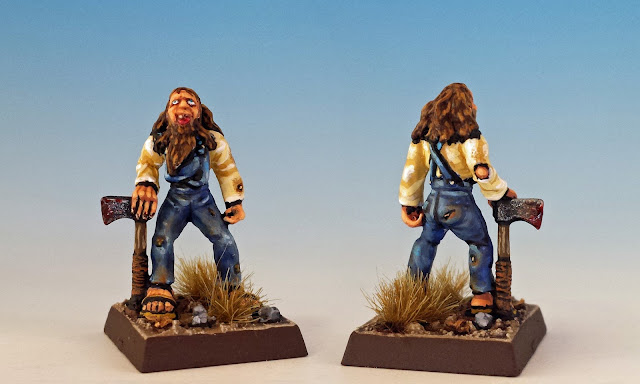 "Now the fact that adulterous drabs and whores are chiefly given to witchcraft is substantiated by the spells which are cast by witches upon the act of procreation...There is no doubt that certain witches can do marvelous things with regard to male organs." Thus wrote Heinrich Kramer and James Sprenger in their witch-hunting manual, the Malleus Malificarum (1487). And they should know!


This witch is "The Sorceress" from Citadel's C18 Night Horrors range from 1986. This was a wonderful assortment of devils, ghosts and B-movie monsters that was designed to accompany the Gothic Horror adventurers. The Sorceress miniature went on to enjoy a second life as "Etelka Herzen" in Death on the Reik range. 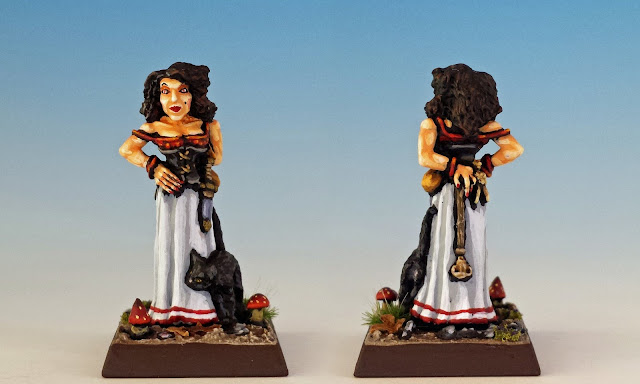 
These cultists are "The Evil Acolytes III" from Otherworld Miniatures -- sculpted by Kevin Adams circa 2011. Otherworld is one of the very few inheritors of the spirit of Citadel's golden years in the 1980's -- especially Citadel's AD&D range. I just love what Otherworld does. 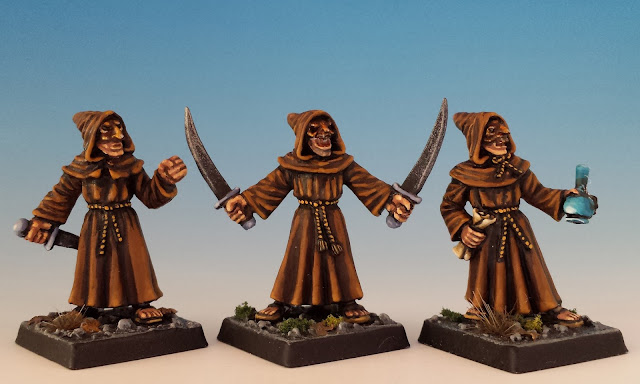 
[his Dark Young of Shub-Niggurath is one of the plastic miniatures released by Fantasy Flight Games for its Mansions of Madness boardgame in 2011. It's not the most elegant of miniatures... but it sure makes up for it in size! 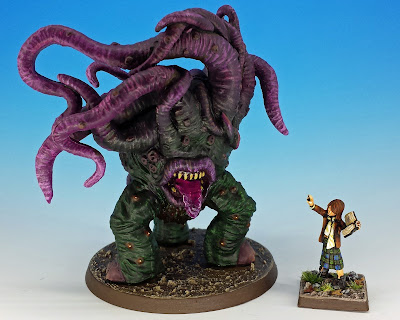 Posted by matthewjksullivan at 4:17 PM