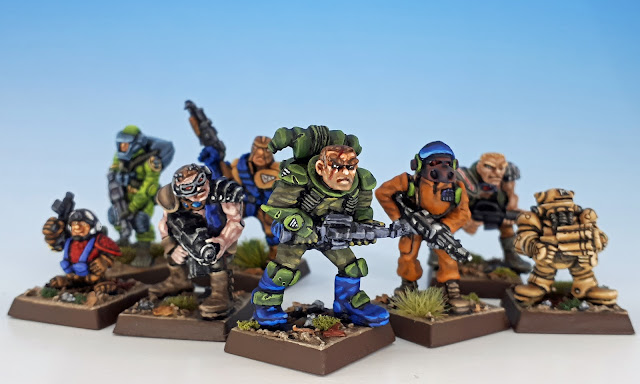 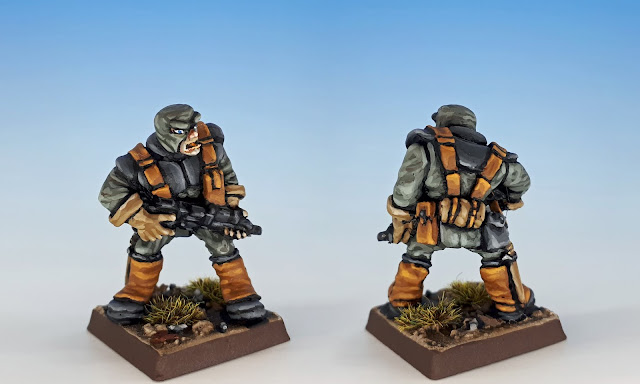 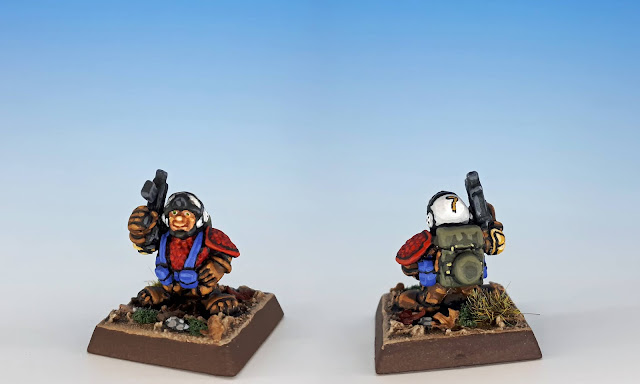 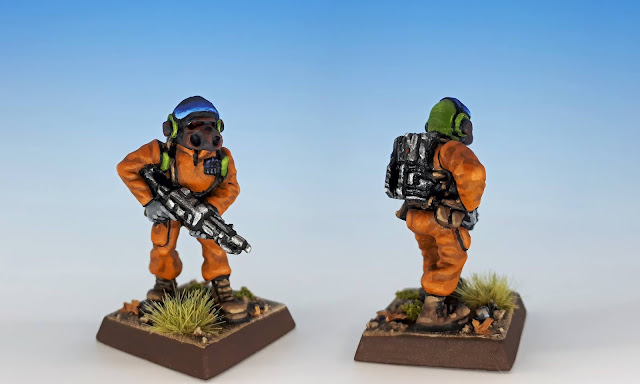 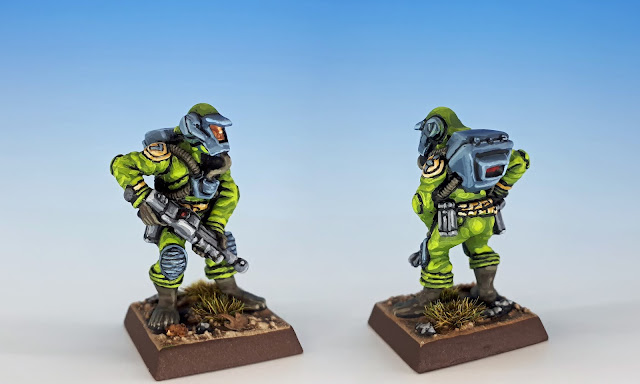 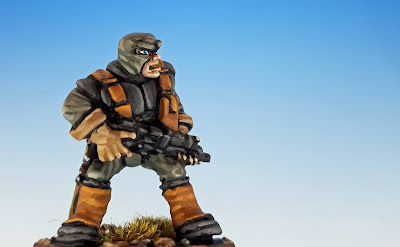 Posted by matthewjksullivan at 6:14 AM 22 comments:

The moment of my death, a snow-globe will roll out of my nerveless hands and a few whispered words will fall unheeded from my lips... Irn Bonce... the Squat... 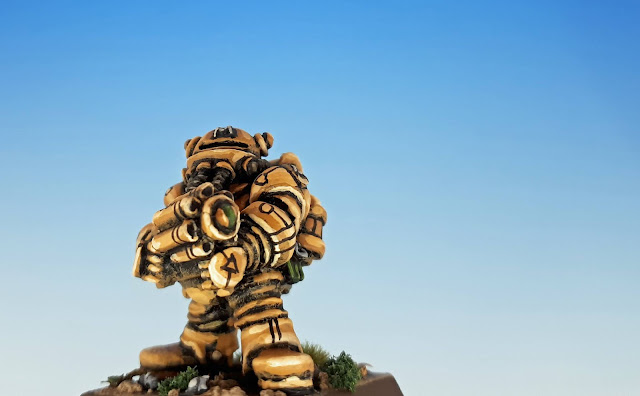 It all goes back to late 1987, when my older brother brought home White Dwarf #95. This was the apex issue of the magazine. Among so many other things, it introduced us to The Fury of Dracula, Ruglud's Armourd Orcs, the 3rd edition of Warhammer Fantasy Battle, the Deodorant Hover Tank, Prince Ulther's Imperial Dwarfs, and a flexi-disk recording of Sabbat's love-ballad Blood for the Blood God. But among all these wonders, my eye was glued to one thing only: the Mercenaries sculpted by Bob Naismith and the Perry Twins for Warhammer 40K Rogue Trader. 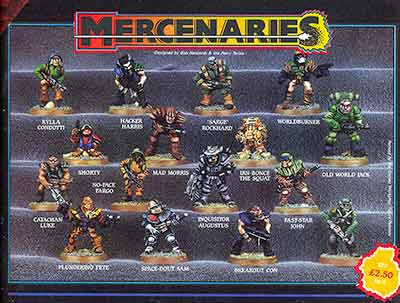 For the 12-year-old me, these 16 minis lay at the summit of desire. My brother and I managed to collect most of them and we played hundreds of games with them. But, of course, as we aged, we grew neglectful of our treasures and I gave or traded them away by the time I left for university.
A few years ago, driven by the demon of nostalgia, I managed to reconstruct a complete set of the RT7 Mercenaries. But it took me another few years to build up the courage to paint them. These minis occupy such a large part of my imagination, I couldn't quite bring myself to touch them.
Anyway, in the past few weeks, I finally screwed myself (??) to the sticking place. In tribute to my memories, I didn't depart from the colour schemes set out in the White Dwarf.
Here are the first four I painted, starting with "Kylla Condotti" (who originally appeared in early 1987 as "The Imperial Garrison Trooper"). I love the apprehensive look on his face. It seems to say, "Why is everyone else wearing armour?" 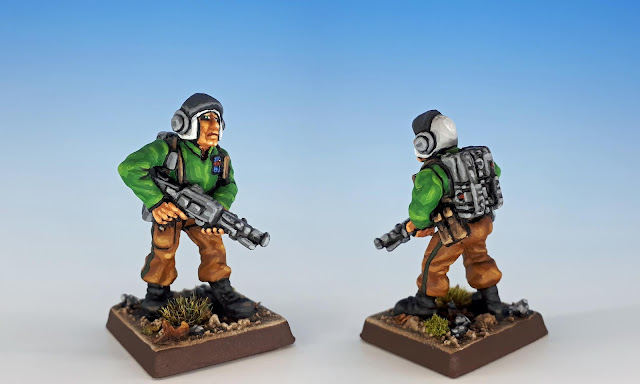 "Inquisitor Augustus" is the only mercenary I didn't paint this autumn. I finished his bad buck-toothed self around 2015. As far as I can tell, my painting technique hasn't changed much in that time, and he fits right in with his brothers: 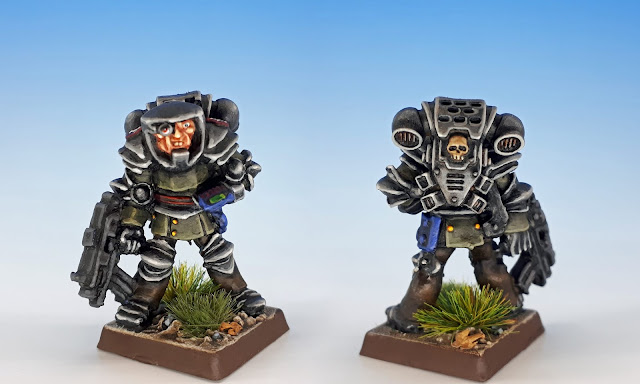 "Plunderino Pete" is the victim of a typo. It's clear from later ads that his true name is "Plundering Pete." But Plunderino always seemed more romantic to me, as if Pete came from an unfortunately named Italian village: 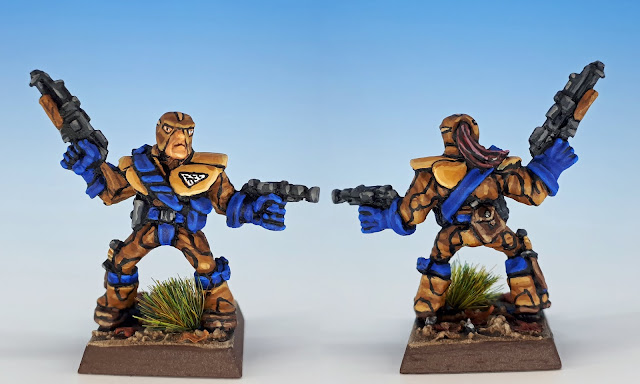 "Irn Bonce the Squat" is my favourite in the RT7 range of Mercenaries. I love his power-armour, his unusual grenade launcher, and his visored helm. But I've never quite understood his name (is it a reference to Irn-Bru?) or why he has an "M" emblazoned on his forehead: 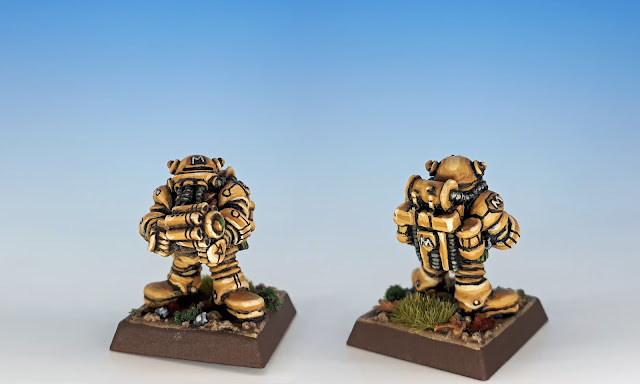 Thanks for stopping by - and stay tuned for more mercs!
Posted by matthewjksullivan at 6:36 PM 16 comments: