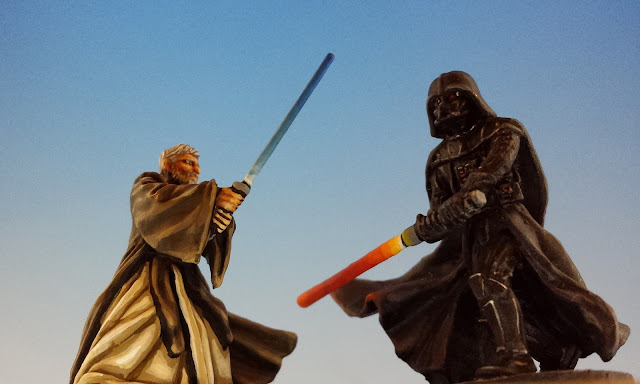 I just finished painting the miniatures of Obi-Wan Kenobi, Greedo and the Grand Inquisitor -- the latest release for Star Wars Imperial Assault. I particularly enjoyed painting this trio not only because they are some of my favourite characters, but also because their appearance is a sign that Fantasy Flight Games is steering their Star Wars gaming juggernaut into the right direction. 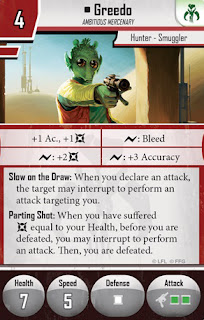 Let's start with Greedo, the bounty hunter that Han Solo peremptorily shoots at the beginning of A New Hope. But Greedo is so much more than that -- for Star Wars grognards like myself, Greedo symbolizes everything that went wrong with the franchise during George Lucas' second infancy. In 1997 George famously altered the scene with Greedo to show that he tried to shoot Han before Han shot him. This change was meant to recast Han as good-hearted from the very beginning of the trilogy but ultimately it waters down his character and flattens the arc spanning Han's journey from rogue to hero.

In designing Greedo for Imperial Assault, Fantasy Flight Games seems to have taken sides in this controversy. His central characteristic is that he is "Slow on the Draw", which gives any of Greedo's targets the opportunity to fire at Greedo first. Even his miniature shows him fumbling to get his blaster out of its holster. This is not Lucas' Greedo 2.0 (fast but with bad aim), but the original 1977 Greedo (slow and dead). Since Disney/Lucasfilm thoroughly vets all these gaming products (there are entries for "Licensing Specialist", "Licensing Manager" and "Lucasfilm Approvals" in the long list of credits for each miniature), I'd like to think that this creative choice is part of a broader trend toward conveniently forgetting the worst of George Lucas' blunders.

Anyway, look at Greedo's big blue eyes. He's like Bambi. Everyone wants to shoot him. 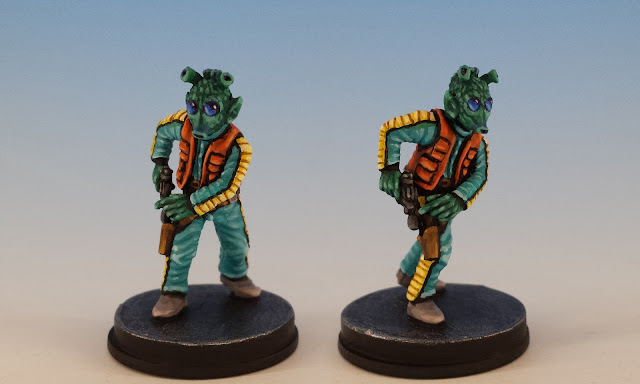 I was also pleased to see that Fantasy Flight Games released a miniature for Obi-Wan Kenobi. The original conception of Imperial Assault was that it would be defined by set time periods. The "core" period is the 3 years between A New Hope and The Empire Strikes Back. The downside to such specificity is that it limited the range of miniatures. For example, Ben Kenobi had already shuffled off his mortal coil by this point in the story. So for a long time I despaired of ever seeing a miniature for Space Gandalf.

But with the release of these figure packs, FFG has signaled that it's become more flexible. For my part, I couldn't be more pleased. I'd like to see as wide a range of Star Wars miniatures as possible, and I don't give a toss about time periods. 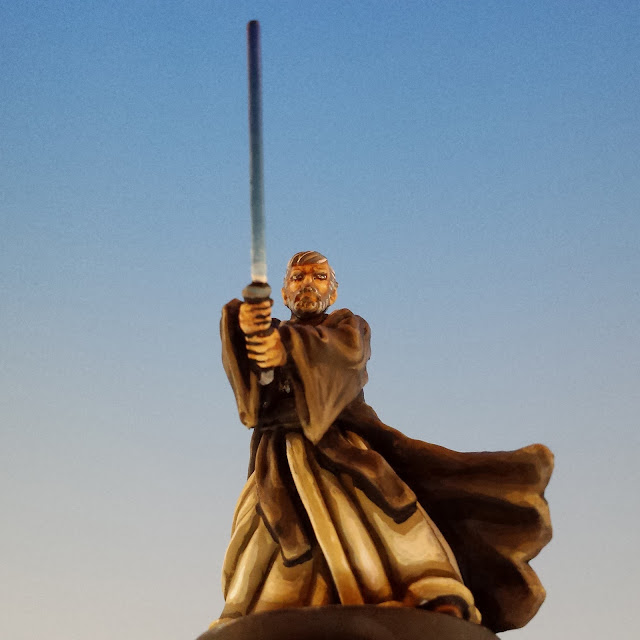 
He is an old man, almost ninety, tall and erect, with a withered face and sunken eyes, in which there is still a gleam of light...at this moment he is wearing his coarse, old, monk's cassock... He knits his thick gray brows and his eyes gleam with a sinister fire. (Book V, Chapter 5)

He reveals to the imprisoned Messiah that the Church had long ago stopped serving him and was instead serving Satan:


We are not working with Thee, but with him—that is our mystery... We took from him Rome and the sword of Caesar, and proclaimed ourselves sole rulers of the earth, though hitherto we have not been able to complete our work... uniting all in one unanimous and harmonious ant-heap, for the craving for universal unity is the third and last anguish of men. (Book V, Chapter 5)

Don't all Dark Side practitioners begin to sound a like after a while?

In any case, the release of the Grand Inquisitor is another sign that FFG is expanding its range of Star Wars miniatures from the narrow confines of A New Hope and Empire Strikes Back. I hope more characters from Star Wars Rebels are on their way! (Cough, cough, Sabine, cough, cough). 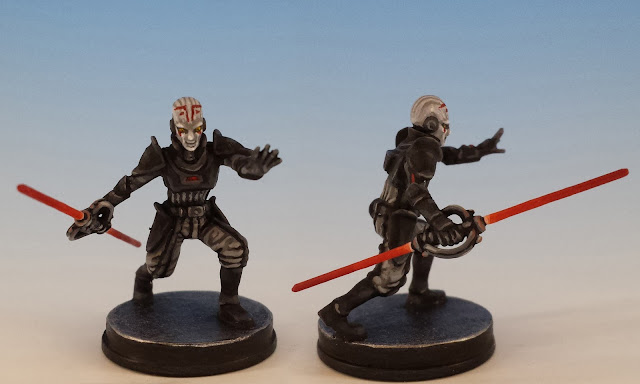 So, what we have is a broader range of miniatures and a tendency to maneuver away from the least tasteful excretions of the Star Wars universe. Sounds good to me!

Thanks for stopping by. And you can find my galleries for all the Imperial Assault miniatures here: Rebels... Imperials... and Mercenaries. 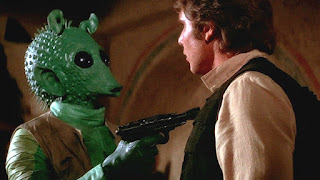 Posted by matthewjksullivan at 5:58 PM 7 comments: 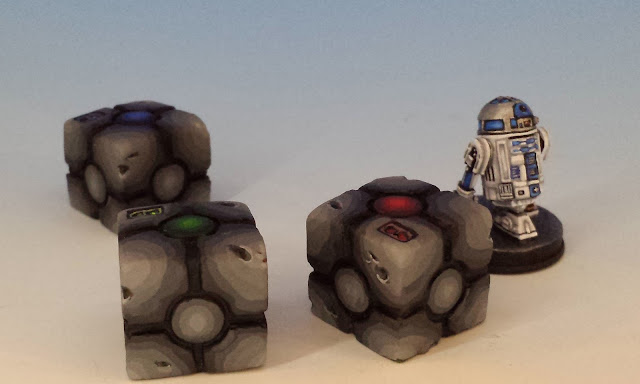 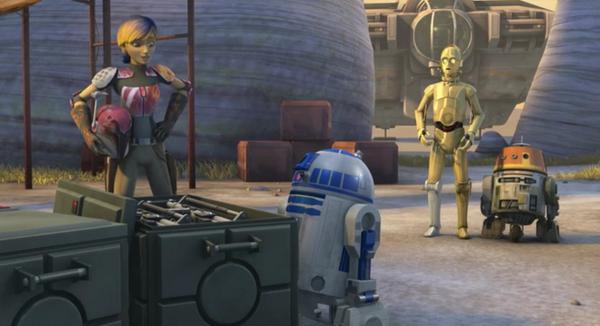 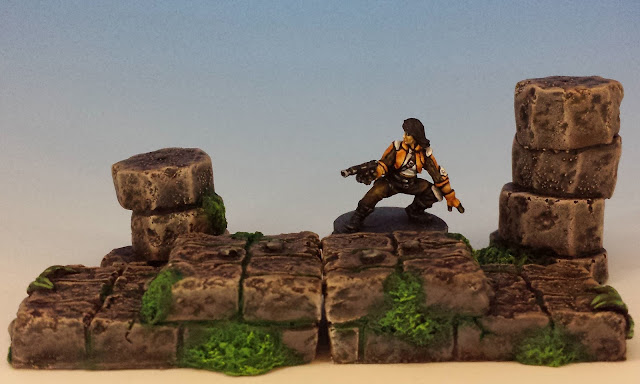 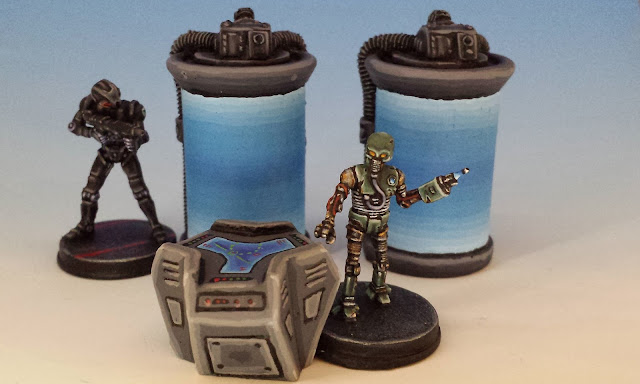 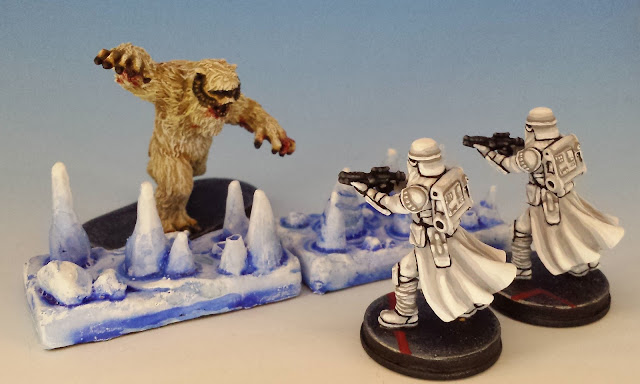 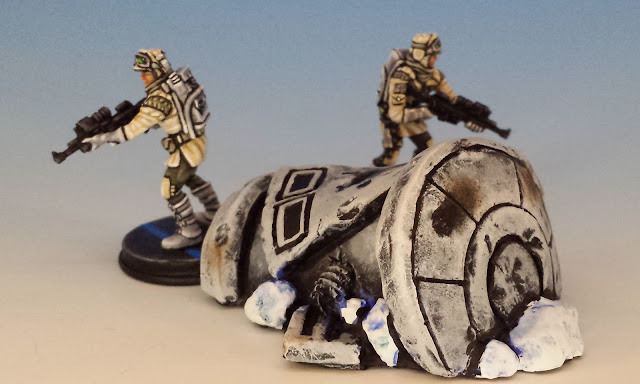 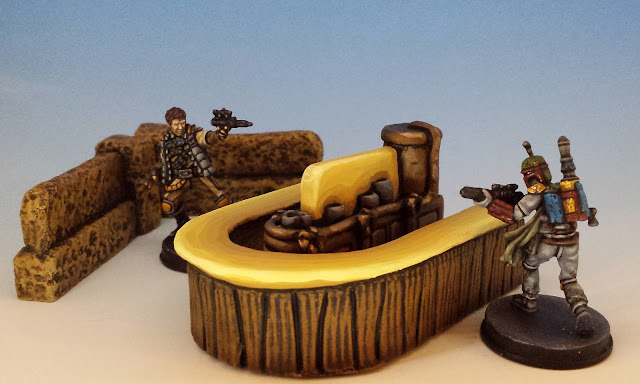 Posted by matthewjksullivan at 6:19 PM 7 comments: 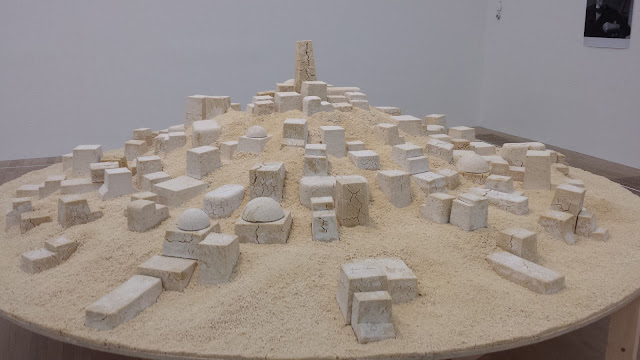 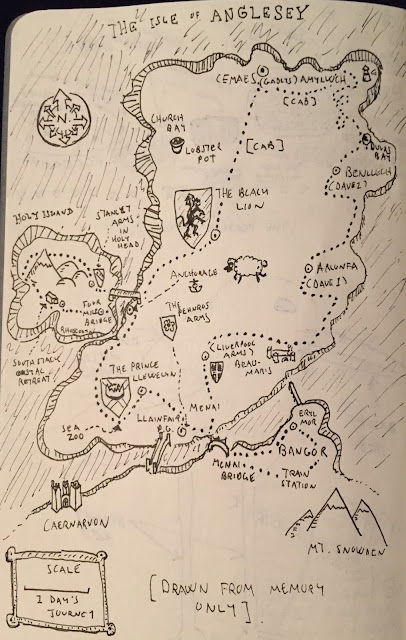 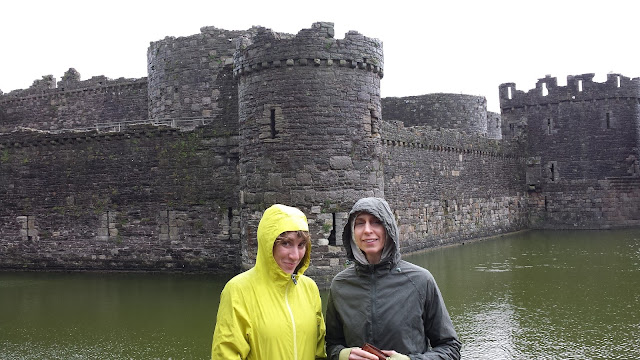 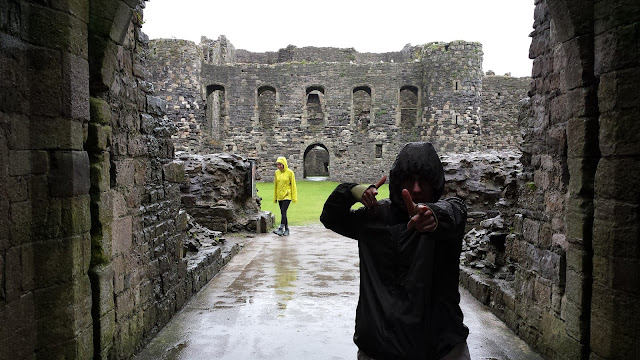 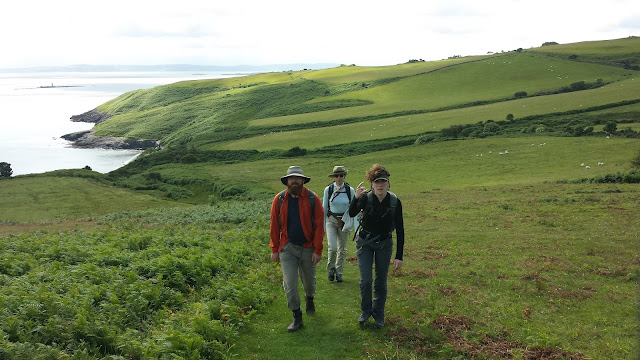 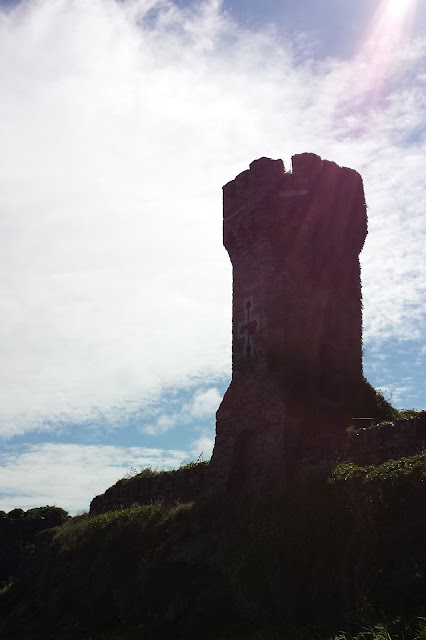 Posted by matthewjksullivan at 7:56 PM 13 comments: