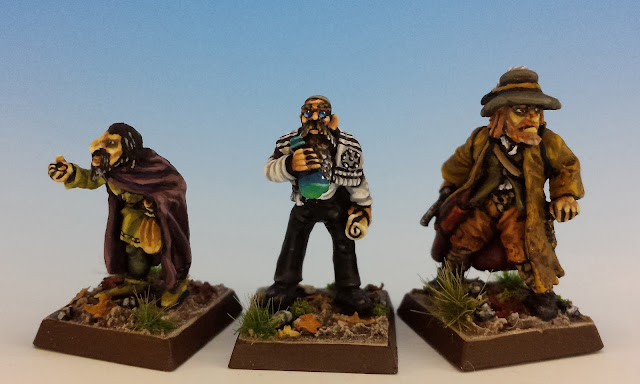 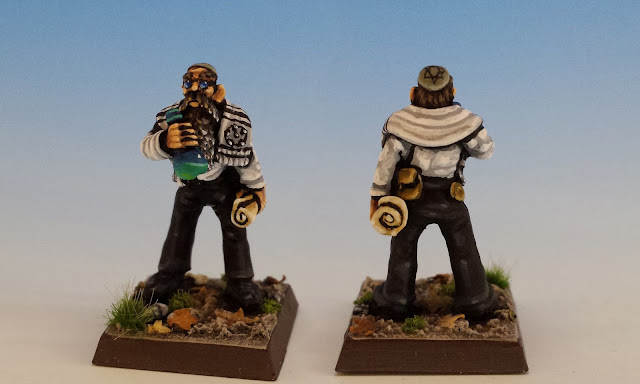 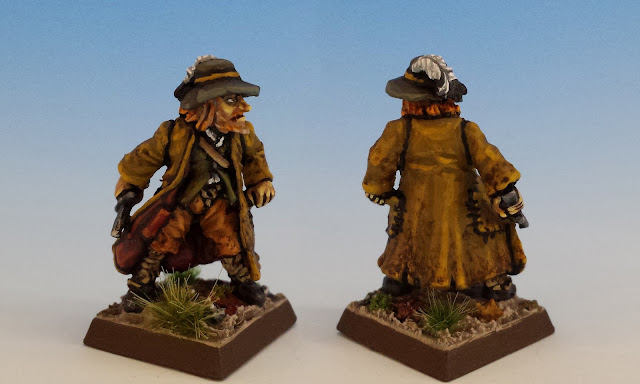 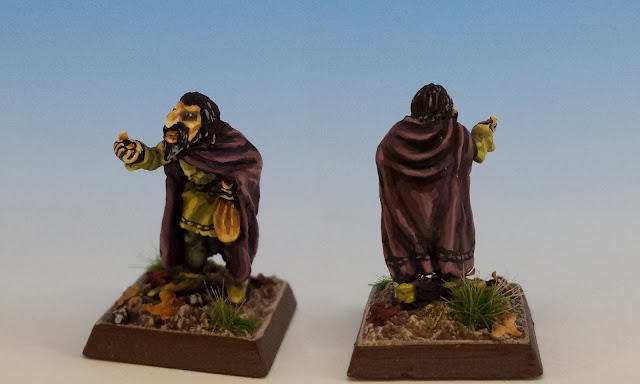 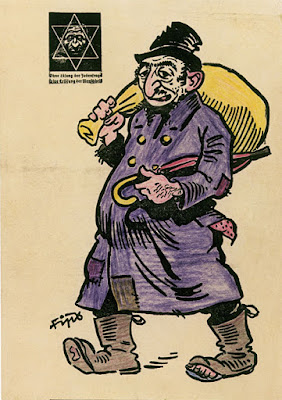 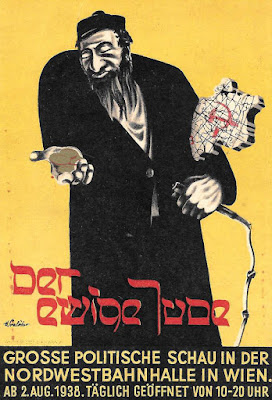 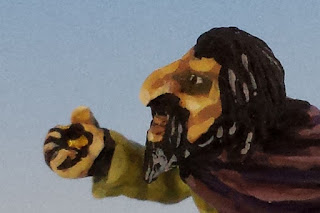 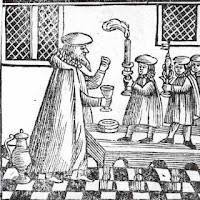 Posted by matthewjksullivan at 5:14 PM 18 comments: 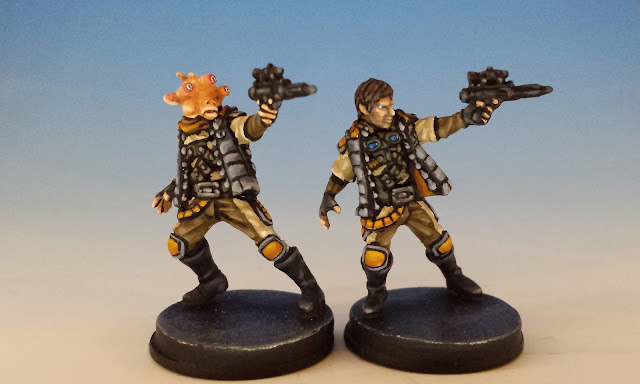 The latest miniatures for Star Wars Imperial Assault are the Rebel Smuggler and the Bantha Rider. It took me a long time to paint these miniatures: the Bantha because it's such a huge miniature, and the Rebel Smuggler because he's filled with so much detail. Apparently smuggling requires a great deal of buckling, cabling, tubing, padding, quilting and layering.

I continue to have a love/hate relationship with Fantasy Flight Games' approach to rendering the Star Wars universe in miniature. The love part is easy: Imperial Assault is a fun game and the quality of the miniature sculpting is generally excellent. To take just one example, the Rebel Smuggler is in a dynamic pose, with lots of tension and energy. Although he's not an established character, he still has a recognizable Star Wars feeling to him. 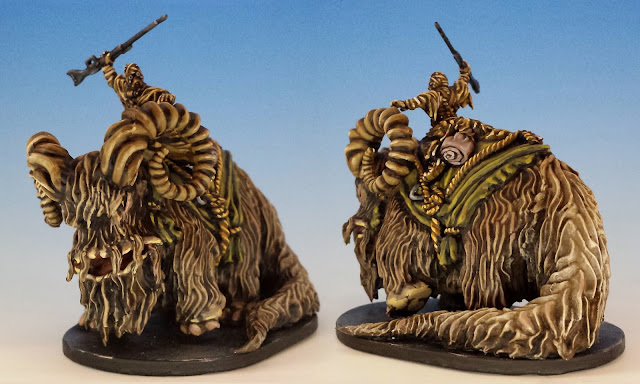 But on the other hand, as a miniature painter and collector, Imperial Assault provides a somewhat unsatisfying experience. As I've noted before, the miniatures are rendered in a soft plastic that bends -- especially lightsabers, rifle barrels and large bases. I also find their pace of releasing miniatures to be maddening: after a year and a half on the market, the game has only 47 different sculptures. None of the major characters have alternative poses. And because of the time frame of the game (between A New Hope and The Empire Strikes Back) we may never see certain iconic characters like Obiwan or Grand Moff Tarkin. By way of contrast, when Games Workshop had the license for The Lord of the Rings for just one year between 1985 and 1986, they produced 190 individual sculpts, including dozens of variants.

The result is that I feel like I've got a great boardgame with excellent components -- but still no proper Star Wars wargame that let's the hobbyist in me get truly creative. 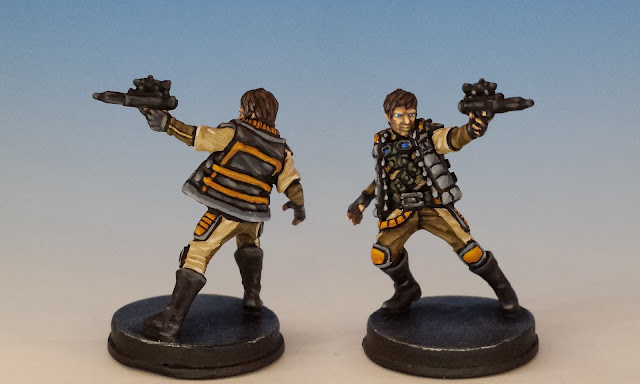 Well, I continue to try to expand the range of Star Wars miniatures in my own way -- by cutting off the heads of existing sculptures and substituting new ones. Here we see my tri-ocular Gran Rebel Scout. 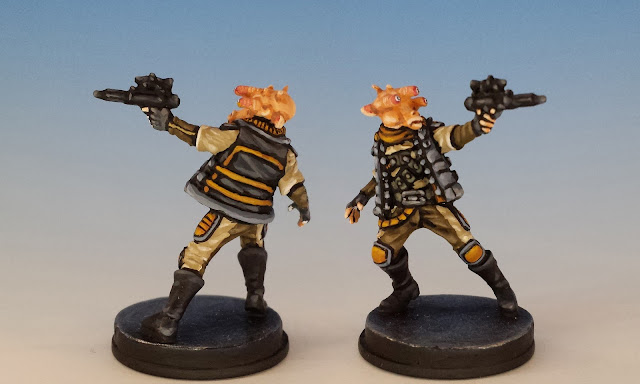 Speaking of conversions, thanks to everyone who helped to bid up the charity auction for Darth Vader. Congratulations to Mr. P.D. of Austria who won the auction!

And if you're a fan of Imperial Assault, don't forget to check out boardwars.eu, who do an excellent podcast about the game every two weeks. 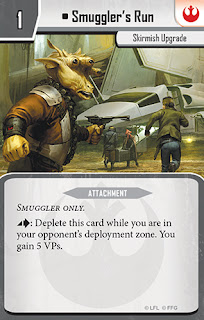 Posted by matthewjksullivan at 9:37 PM 11 comments: 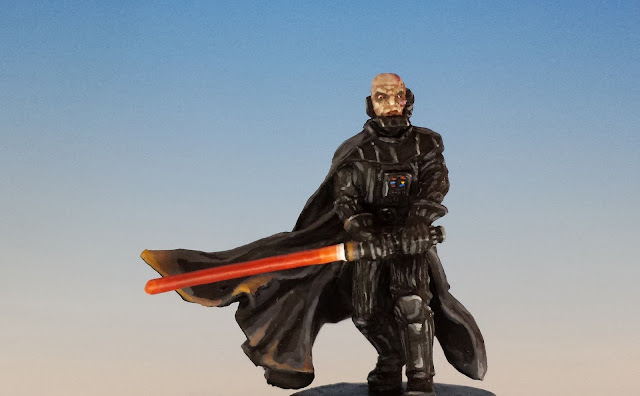 I've auctioning off one of my favourite miniatures for charity: my conversion of Darth Vader without his helmet for Star Wars Imperial Assault. I've never tried to sell one of my miniatures on eBay before... and indeed, I find the process of selling one of my babies nerve-wracking... but I was inspired by the most recent announcement video of the Force for Change charitable campaign. If you haven't watched it, it's quite funny:


EBay makes it easy to sell things for charity, so I hope to encourage other painters to to also get involved. There's a history of some great miniature-game-based charitable campaigns (The GoblinAid Cash for Kevin campaign springs to mind). In this case, I'm taking my cue from Force for Change and donating 100% of the proceeds of my auction to Unicef. My girlfriend and I read a terrifying article about child malnutrition in Yemen, and we were both sickened by some of the stories and images. Hopefully Unicef can help.

So if you have any inclination to own a unique Darth Vader miniature -- and to help Unicef -- I hope you'll check out the eBay listing. The auction ends April 16, 2016. Bidding starts at $1 big fat Canadian dollar. 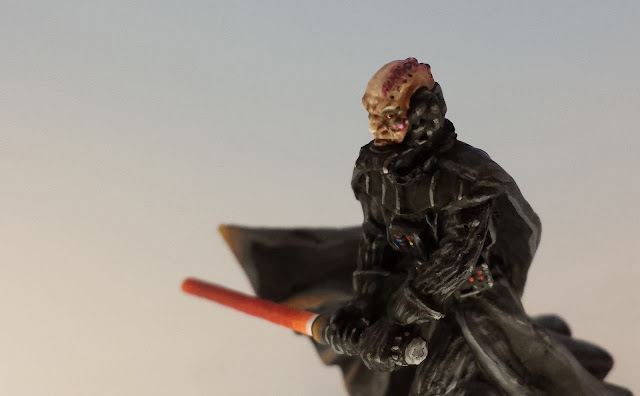 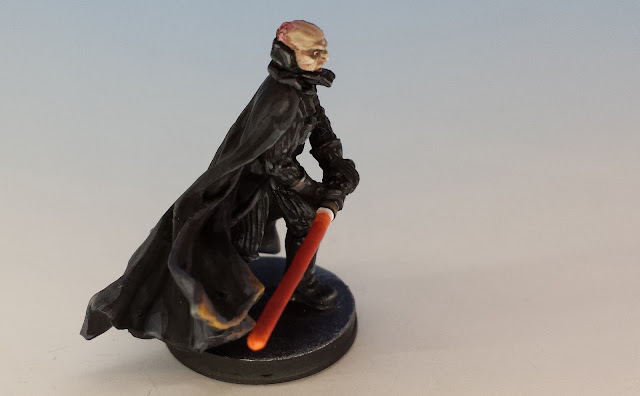 And my favourite, a close-up of the back of his head wound: 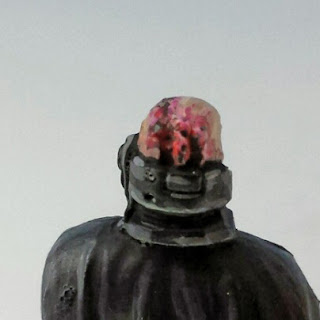 You can also read about how I did the conversion in this post from last August. And if you're not yet sufficiently excited about Star Wars, then I suggest you check out the new trailer for Rogue One:


Thanks for stopping by! I hope you bid early and often!


Posted by matthewjksullivan at 4:26 PM 4 comments: