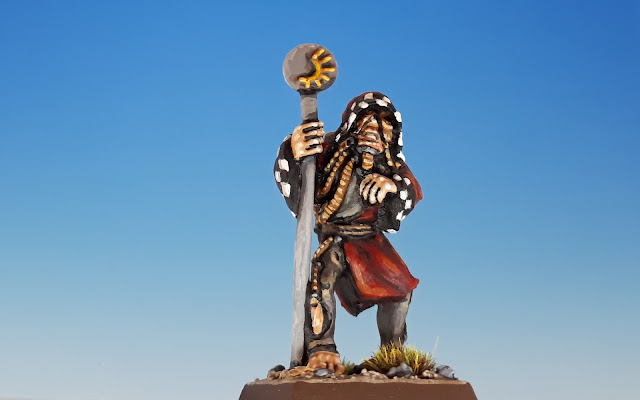 You bastards. You have no idea how good you have it today. When I was young in the early '80's, we didn’t have nice rulebooks with full-colour illustrations. Holy Jumping Christ, we barely had rules. And we certainly didn’t have Warhammer 40K. If we wanted to play a knock-off Star Wars skirmish game, we couldn’t just reach for the latest British import, like some silk-slippered princeling. Oh no. If we wanted to roll dice, we had only one option: we played Galacta: Star Commandos. 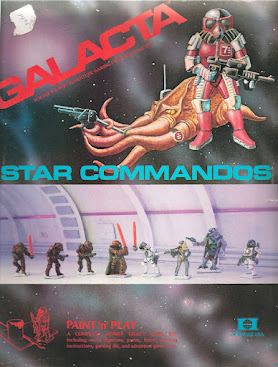 Have you heard of Galacta: Star Commandos? Of course you haven’t. You belong to a generation that has never known privation. You couldn’t find Galacta at a gaming store. We had no gaming stores! Gaming stores were a far-off dream, like universal peace or a cure for mange. If you wanted Galacta, you took a bus to the mall and went to the "hobby store". The same store that sold your mom yarn. They kept Galacta behind the counter, like porn. And if you asked to buy it, the old lady at the cash would say, “This isn’t a toy, you know. You can’t eat the lead.”

Those old ladies are gone now. So are the hobby stores. And so are the malls. They have been plowed into the earth so that you and your friends can sip bubble tea on a patio. What is bubble tea, anyway? My only prayer is that it's something that will give you gas.

Unboxing Galacta was a painful experience, but we grew up fast in those days. Inside we found: (1) ten solid-based miniatures so lumpy they looked like Hershey’s Kisses; (2) a photocopied pamphlet with two pages of rules; (3); a dozen pots of paint dried into hard putty; and (4) a paint brush so splayed that it couldn’t be used to apply makeup on a Bonobo.

They called it a “paint-and-play” game, the cruel jerks. But did we make a Reddit about it? Of course not. Because that’s what wargaming was all about in my day: disappointment.

And then Rogue Trade showed up and ruined everything.

This is the last time I let someone write guest post. What a downer. Anyway, let's continue the tour through Citadel's RT601 range of Adventurers for 40K Rogue Trader.

First up is "Female Warrior Gabs". Her slotta tab gives her the alternative name "Sister", which seems to a reference to page 268 of the Rogue Trader rulebook (1987), where we find an enigmatic passage mentioning the Adepta Sororitas or Sisterhood: "an order of devotional warrior women." The accompanying illustration by Stephen Tappin shows "Sister Sin" in full power armor. Sadly, the Sisterhood was an idea that languished for a few years, but was rekindled in the 2nd edition Warhammer 40,000 rulebook (1993). 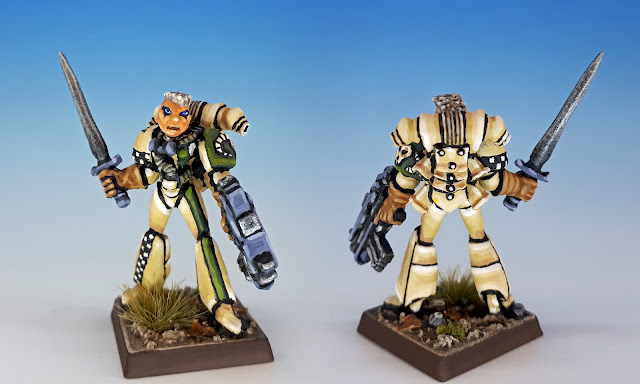 Next we have the only other Sister from the Rogue Trader era, "Female Warrior Jayne". This is another beautiful sculpt, with female characters that are dynamic and interesting without being sexualized or caricatured. I only wish they had chosen better names than "Gabs" and "Jayne". It makes them sound like they play bingo. 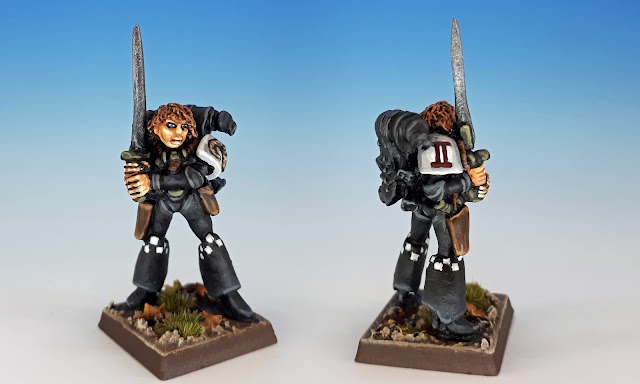 Nothing is more evocative of Rogue Trader than the Tech-Priests of the Adeptus Mechanicus -- mainly due to the mind-wrenching illustrations of Will Rees. Here we have "Tech-Priest Schlan". He's a wonderful miniature that really captures the strange blend of technology, religion and body-modification. I tried to paint his face in such a way that the tubes and plates are hard to distinguish from his flesh. 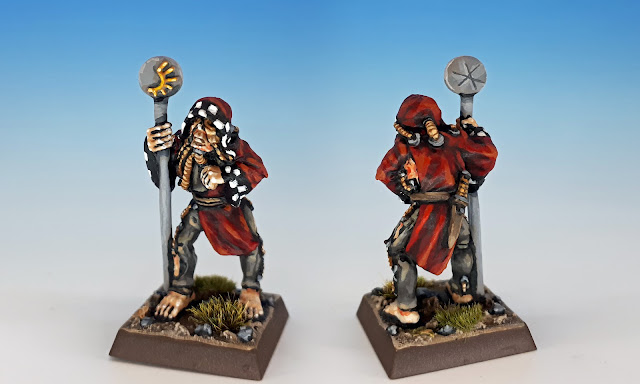 And speaking of bionics, here is the "Test Bed Slave". This is another miniature (loosely) based on an illustration from the Rogue Trader rulebook. I do wish that not every cyborg was waving his arms around like he's Frankenstein's Monster. 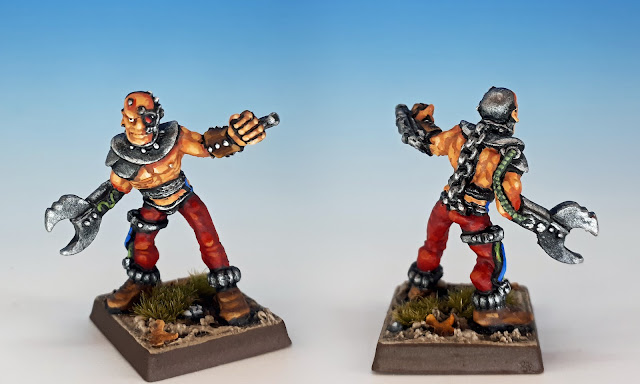 Fifth is the "Old Pirate". I find him fairly ho-hum -- but he's one of the few Rogue Trader miniatures portrayed with a needle pistol. 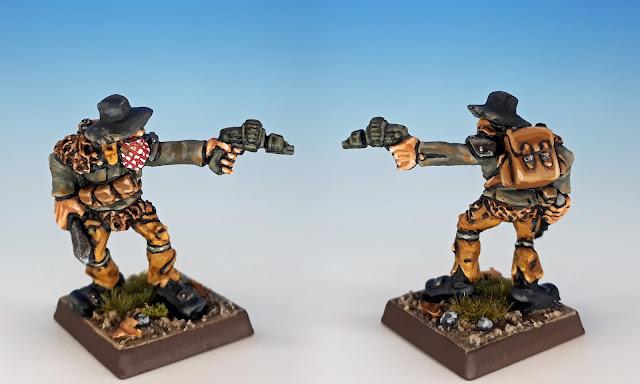 And finally, here is the "Space Amazon". This is another iconic miniature that seems to be in high demand (if eBay prices are anything to go on). As Jason Fulford has pointed out, this sculpt is almost certainly based on John Blanche's "Amazon" illustration. I enjoyed painting this miniature, but it is the opposite of Gabs or Jayne. With her garter belt and bodice, the Space Amazon is a female warrior whose essence is confined within the stereotype of the sexy femme fatale. 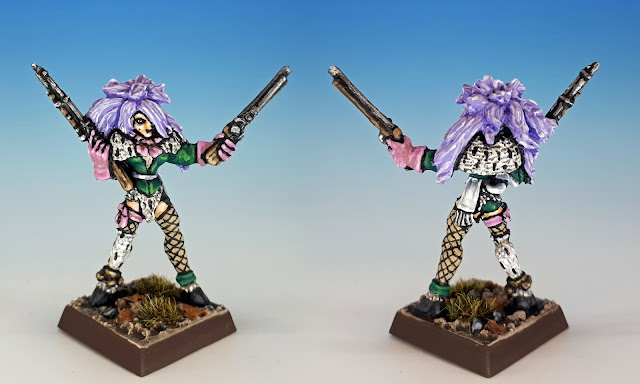 Thanks for coming by!

Posted by matthewjksullivan at 6:26 AM 11 comments: