Behold the heroes of the Rebel Alliance from the new Star Wars miniature game, Imperial Assault. To celebrate finishing all these, I just watched the original Star Wars trilogy. And not just any version, but the recently released guerrilla edition called "Harmy's Star Wars Despecialized" - a painstaking reconstruction of the movies (in HD) as they first appeared in the cinemas.

Watching A New Hope for the first time in years, I discovered a riddle that I had never noticed before. The riddle is: why did Obi-Wan Kenobi wait? 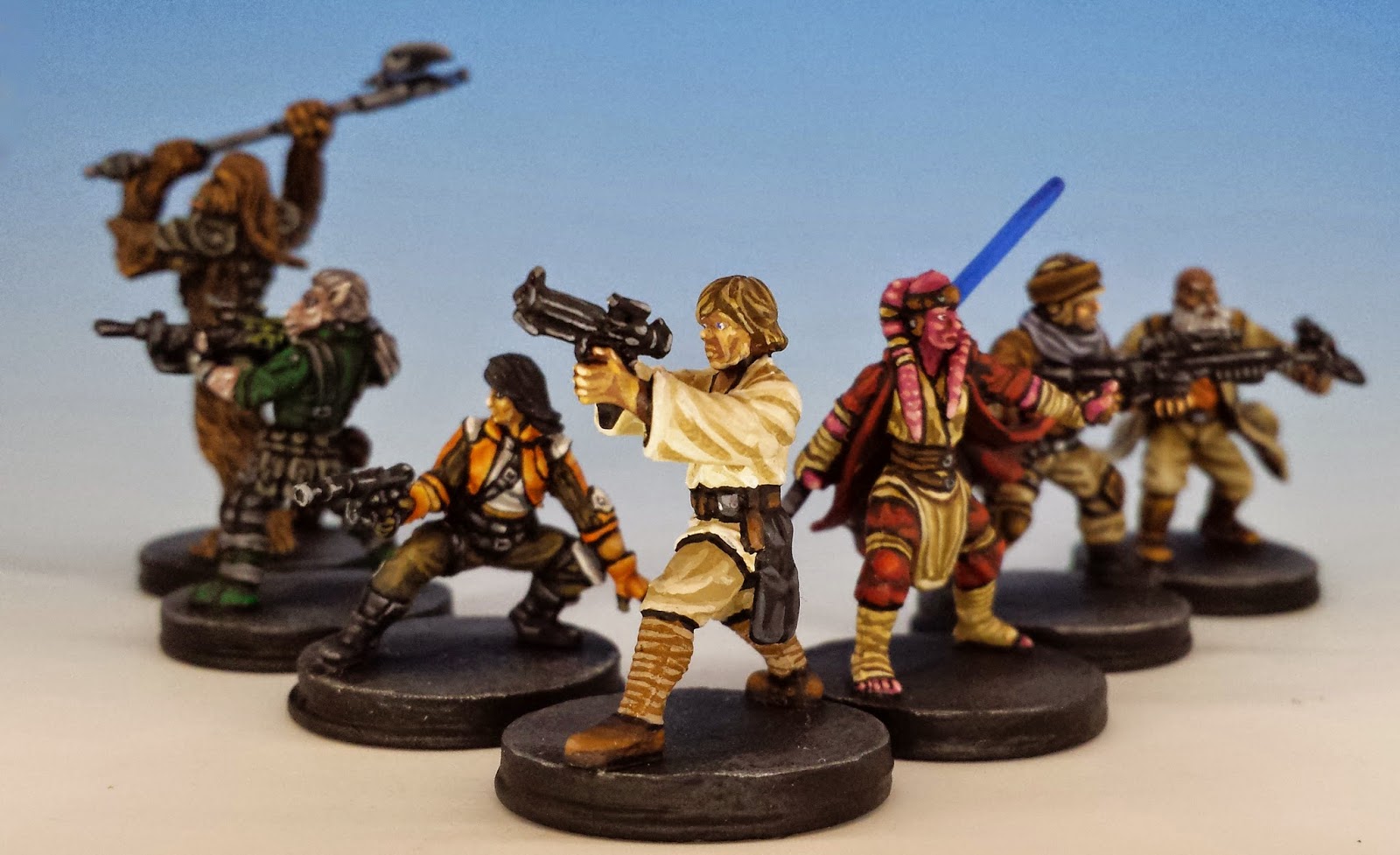 The scene is the Death Star, as Ben Kenobi and Darth Vader meet for the trilogy's first lightsaber battle. I have always remembered Ben's last words before his death: "You can't win, Darth. If you strike me down, I shall become more powerful than you can possibly imagine." He raises his lightsaber as if in salute and allows Vader to strike him... but of course, he has disappeared and his empty robe falls to the ground. For me, it's the best moment in the whole series.

As viewers, we get the feeling that this was Ben's plan all along. And indeed, Darth Vader himself foreshadowed the event when he first goes to fight Ben. Grand Moff Tarkin told Vader that Ben "must not be allowed to escape," to which Vader replied, "Escape is not his plan. I must face him alone." Perhaps Vader thought Ben had come to kill him, a blinkered view consistent with his enslavement to the Dark Side. Ben, on the other hand, seems to understand that it is only by confronting Vader that he can attain the next stage in his being, just as Luke must confront Vader (in Return of the Jedi) before finally becoming a Jedi Knight.

But the riddle is this: Ben could have allowed himself to be "taken" by Vader at any time. But he waited. He waited until he knew Luke was watching. Only then does he lower his guard. Why? 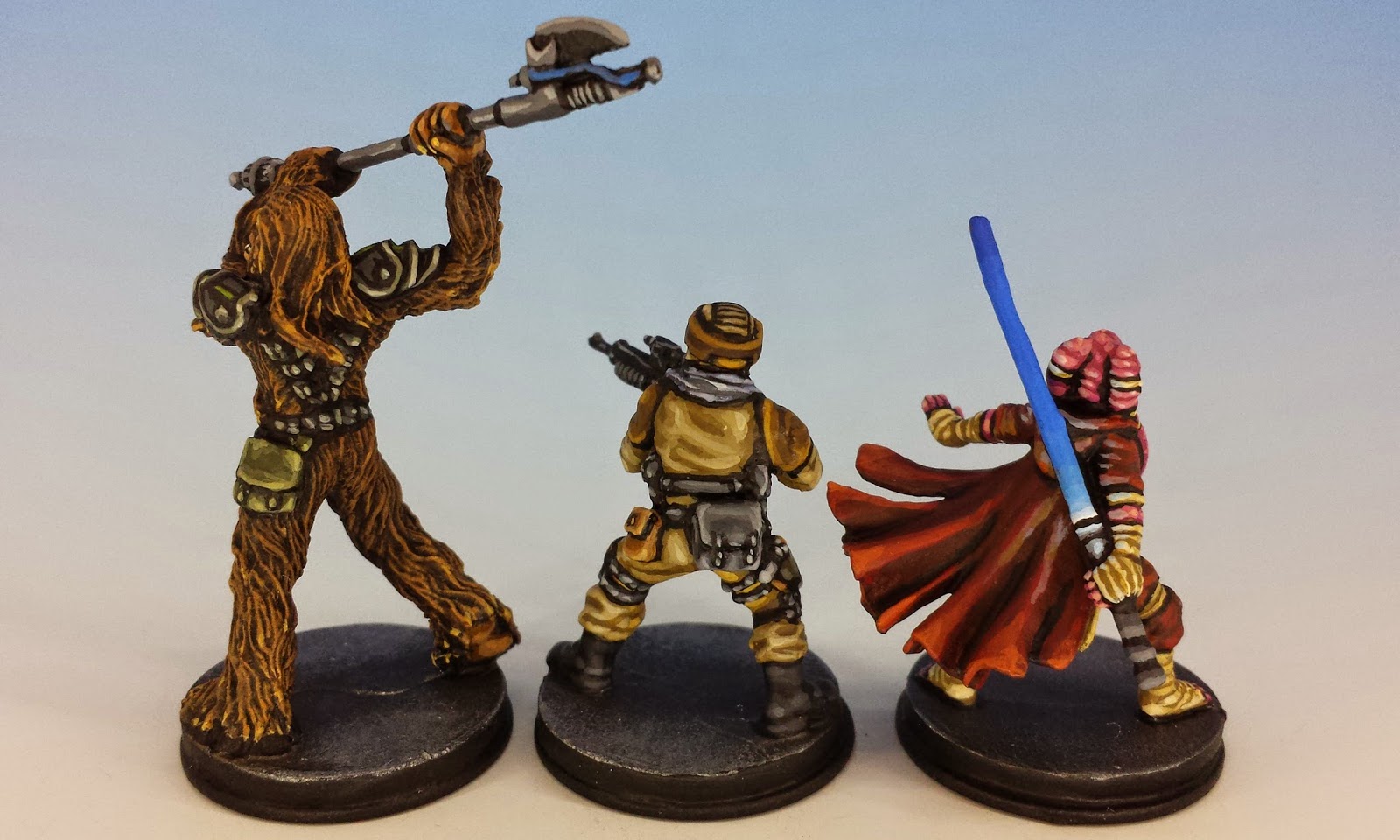 There doesn't seem to be any practical explanation. Darth Vader wasn't barring Luke's escape. I was so curious about this part of the movie that I looked up the script. It doesn't throw any light on the question, but merely reads:

Ben sees the troops charging toward him and realizes that he is trapped. Vader takes advantage of Ben's momentary distraction and brings his mighty lightsaber down on the old man. Ben manages to deflect the blow and swiftly turns around. The old Jedi Knight looks over his shoulder at Luke, lifts his sword from Vader's then watches his opponent with a serene look on his face.

The script makes it sound like Ben's surrender comes from his being trapped and distracted. But in the movie, there are no charging troops. Nor is Vader beating him. Instead, Ben takes a long look at Luke, and then turns to Darth and smiles. The enigmatic expression on Alec Guiness' face suggests that Ben has waited years for this moment to arrive. 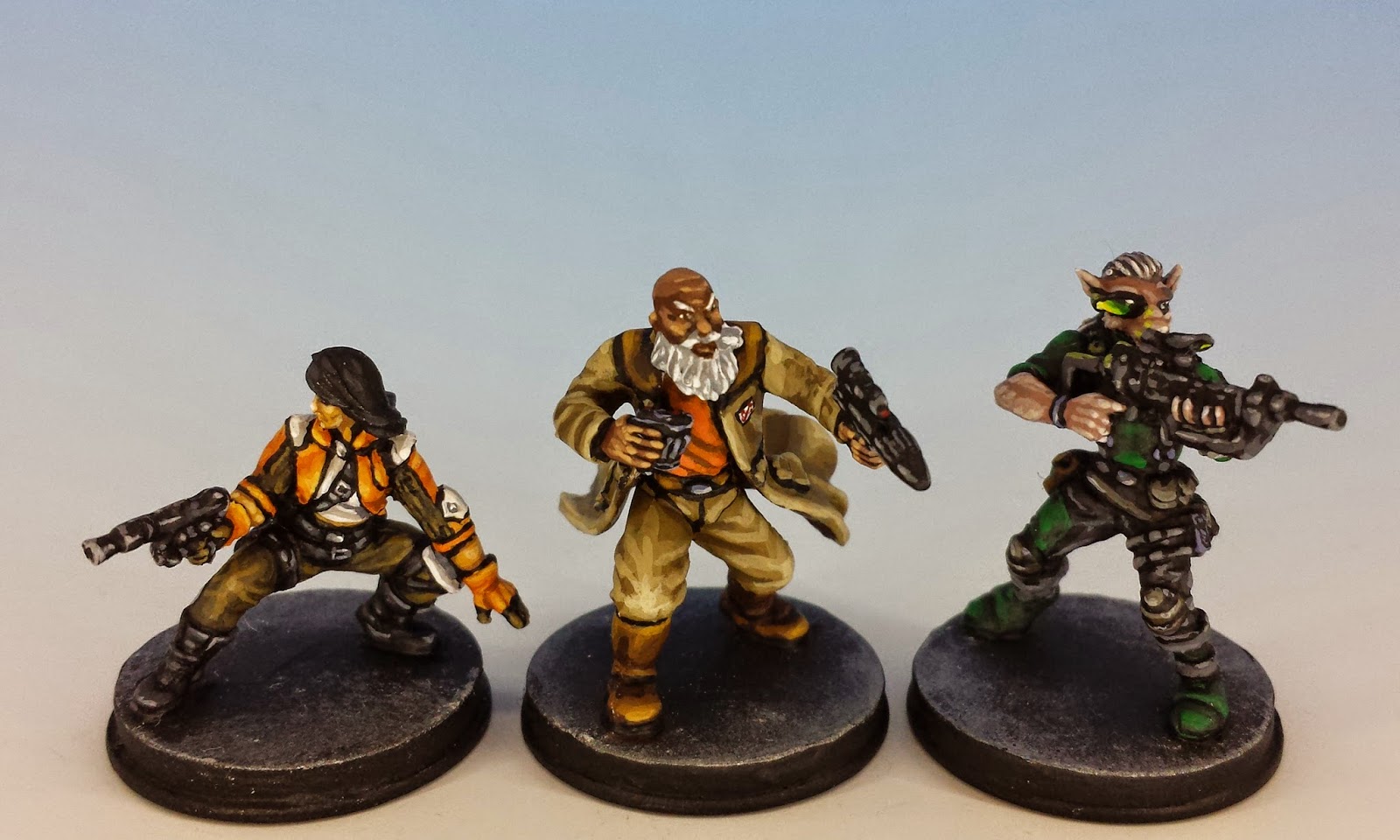 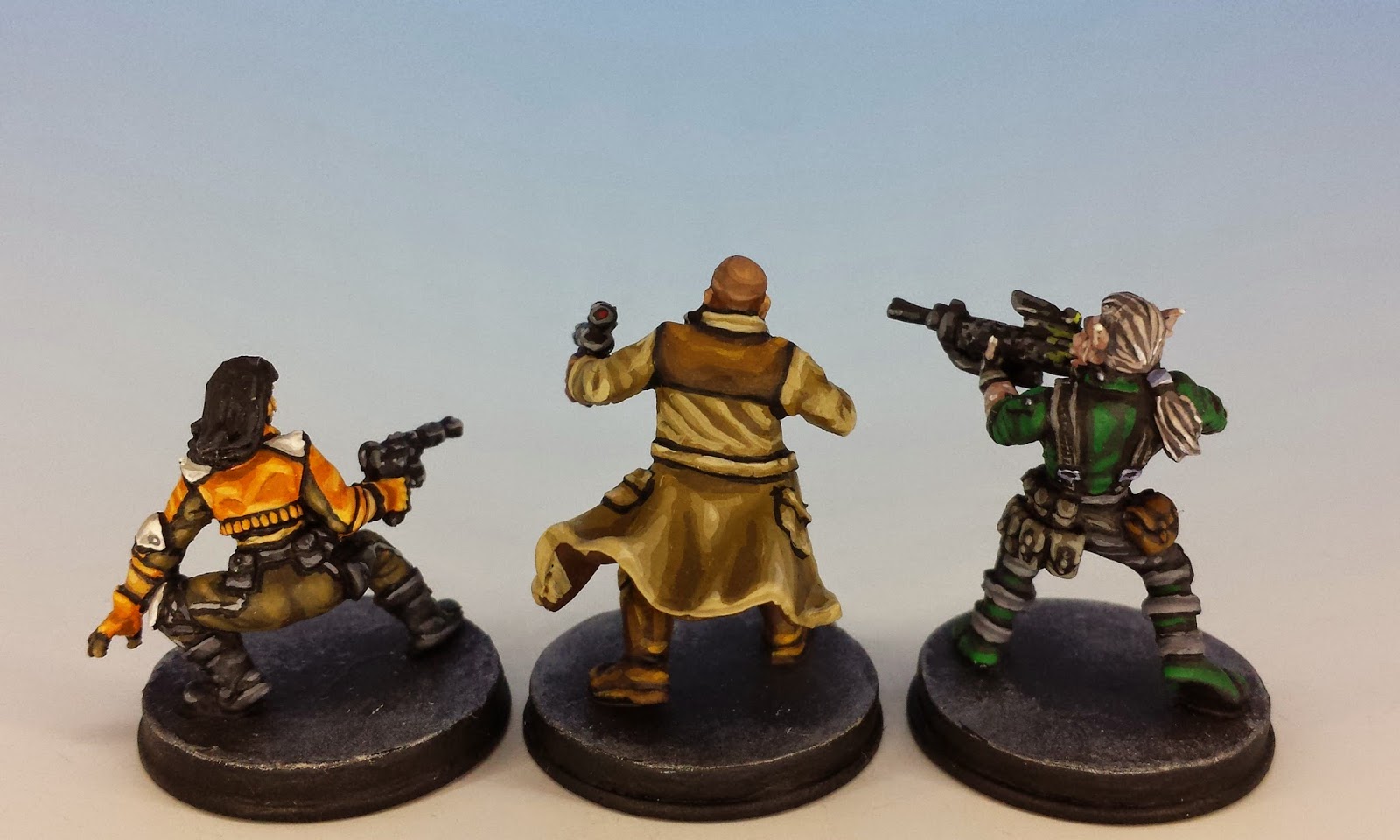 In order to come to an answer, I think it is important to understand what lightsaber battles mean in the original trilogy. There are only three of them (not counting Luke's short duel with the phantom on Dagobah) and one important fact stands out in all of them: no one ever truly dies in a lightsaber duel. This is because these duels are not about who is the better swordsman or even who is stronger in the Force. Death is beside point. Darth Vader is never trying to kill Luke; he is trying to corrupt him.

Thus every lightsaber battle is nothing more than an inner struggle, a spiritual temptation for Luke. (These battles remind me of the Temptation of St. Anthony. Artists like Hieronymus Bosch or Salvador Dali externalized St. Anthony's invisible internal ordeal by painting outlandish demons in the desert. Lucas did the same thing for Luke by filming laser swords on Bespin.)

What gives these battles dramatic tension is that we feel that Luke can't win. Either he fights back against Vader, releasing his anger and succumbing to the Dark Side. Or he extinguishes his lightsaber and lets Vader (or the Emperor) triumph unopposed. The genius of Lucas is to put Luke and the audience in the same place, asking the same question: what is the solution?

I think this is where Ben comes back into the picture. I believe Ben waited for Luke because he wanted to show him how to win a lightsaber duel. A Jedi wins by letting go.

In The Empire Strikes Back and Return of the Jedi, we see how this lesson plays out. In Empire, at the conclusion of his battle with Vader, Luke literally lets go, allowing himself to plunge off of the gantry on Bespin and free-falling into space. It's a desperate act without self-assurance or self-knowledge. Although this can't exactly be described as a victory, it does prevent Luke from joining his father on the Dark Side.

In Return of the Jedi, Luke achieves enough understanding to let go of his anger once and for all (symbolized by him discarding his lightsaber as he stands over Vader). At first this seems like a kind of capitulation to the Emperor, who is free to attack Luke without opposition. But like Ben's self-sacrifice on the first Death Star, Luke's act of self-liberation on the second Death Star has a spectator; Darth Vader learns from Luke that letting go is possible, just as Luke learned it from Ben.

In sum, there are three things you can say about lightsaber battles in the original trilogy: First, they are an inner struggle not a battle to the death. Second, the path to victory is a mystery, for both the Jedi and the audience. Third, a true Jedi is always teaching. Sadly, such fascinating ideas were entirely lost in prequels, where Jedi duels are reduced to nothing more than acrobatics. As Count Dooku says to Yoda in Attack of the Clones, "It is obvious that this contest cannot be decided by our knowledge of the Force, but by our skills with the lightsaber."

*** UPDATE - I've changed the title of this post from "Heroes of the Rebel Alliance" to "The Lightsaber's Riddle". I woke up this morning and it just seemed like a more descriptive name.
Posted by matthewjksullivan at 8:54 PM