Where Did Oldenhammer in Toronto Go? 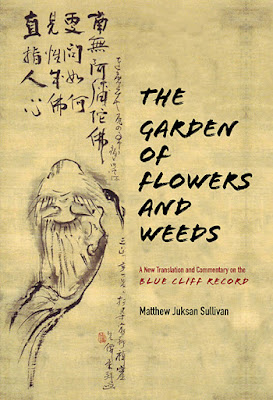 Attentive readers will have noticed that there was (another) gap of a year during which Oldenhammer-in-Toronto went silent. That's because I am incapable of chewing gum and walking at the same time. To be precise, I am incapable of working on two pieces of writing at the same time. And in the last year, I've had some urgent writing projects that got in the way of my beloved blog.

The good news is that these projects are (1) finished and (2) went pretty well.

My first book was published last November: The Garden of Flowers and Weeds: A New Translation and Commentary on the Blue Cliff Record. This is a book about Zen and meditation. It's based on one of the great works of medieval Buddhist literature, called "The Blue Cliff Record". It might sound dry, but the Record is actually a pretty funny book. There's a lot of absurdist humor (and even a couple fart jokes). Translating the book and adding my own commentary was one of the most delightful tasks of my life.

I have no idea how sales are going, but I suspect they're pretty modest. On the upside, the book has been received well by critics. In the past few months, The Garden of Flowers and Weeds won a Gold Nautilus Award, a top prize from Bookfest's International Book Awards, a Bronze Independent Book Publishers Award, and a Silver Benjamin Franklin Prize. Honestly, that's more praise then I could have ever wished for or expected.
If you want to support a brother, please consider buying the book! 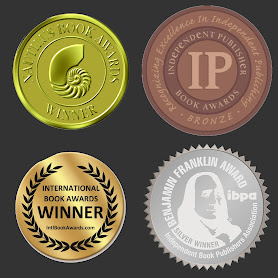 I only have one regret. Before I had found a publisher, I asked Zhu Bajiee, the fabulous illustrator and grandee of the Oldhammer movement, if I could commission him to create some illustrations from the stories of the Blue Cliff Record.
Zhu produced a series of superb pen and ink drawings. I think they might have been his best work, and that is saying something. I had really hoped that my publisher would use the illustrations in the published text, but it was not to be. This was a crying shame. However, at least I got to share Zhu's work on my website.
As the book was going to press, another writing project got in the way of this blog. My friend Nathan is a filmmaker, and he asked me to write a full-length script for a Cthulhu-adjacent movie. Our previous collaboration was a short animated film called The Ikon (2019) that premiered at the H.P. Lovecraft Film Festival in Portland, Oregon. I've never written a full-length script, so it took me many months to complete. The movie is party about non-Euclidean horror and partly about the more common horror of caring for an aging parent. Stay tuned for more information about a movie tentatively called The House on Clareview.

And then, of course, there was Covid. I don't think anyone had a good pandemic, although some were much, much worse than others. I experienced what I think a lot of you did: a grinding sense of anxiety and stasis as the pandemic stretched into indefinitude. I will add that during the past two years, I sustained some grievous personal losses, although (thankfully) none of them were directly related to the virus. As the dust settles, I'm grateful that I and Mrs. Oldenhammer-in-Toronto have made it out in one piece. And we now have a beautiful puppy: 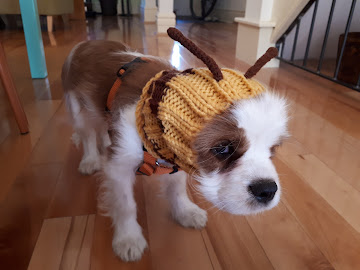 I hope you're in one piece too. Thanks for reading and letting me update you on what's been going on while the blog has been quiet.

Posted by matthewjksullivan at 8:49 AM