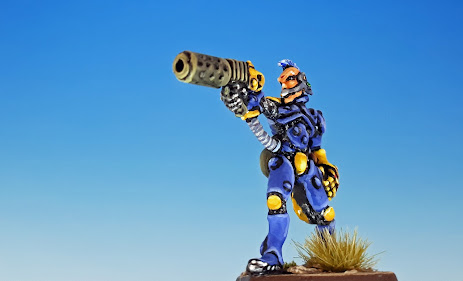 I hope you enjoyed last week's guest post by Geriatricus Maximus. I didn't. What a grouch.

For the final installment of my tour through the RTO4 range of original Space Elves, I thought I'd start by taking a look at some of the other fabulous painters who have tackled the range before. Honestly, I found it intimidating to try to paint these miniatures precisely because there are so many talented people who have turned their hand to them and produced stellar results:

When it came to painting my own Space Elves, I decided to go classic: blue bodies and yellow helms with black stripes. I suppose it might be too classic. But I was seduced by the miniatures glimpsed in the pages of Warhammer 40,000: Rogue Trader (1987), as well as by the profile of Yriel and Yriel's Eldritch Raiders from The Book of the Astronomicon (1988). If I was going to paint the original Eldar, I wanted them to look like the original Eldar.
*   *   *   *   *

First up is "Eoan Fireheart". He differs from all the other miniatures in the range (save for the heavy gunners) insofar that his armour is bulkier, curvier and more bulbous. I like the way he has removed his helmet but the lower breather mask has stayed attached to this face. 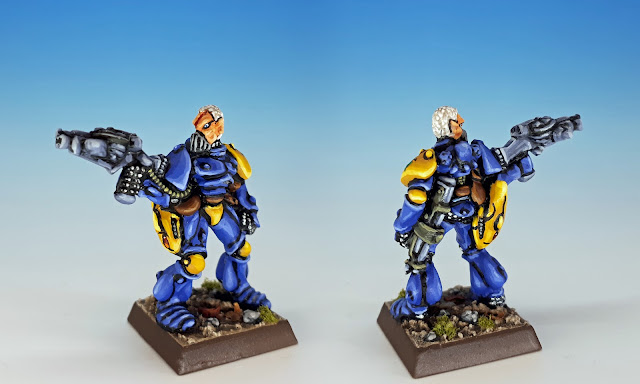 Next comes "Capt. Aetolia Lightfoot". This is one of my favourite sculpts in the range: it looks great from every angle. As I've mentioned before, I love the way that it's hard to tell where the armour ends and the weaponry begins. 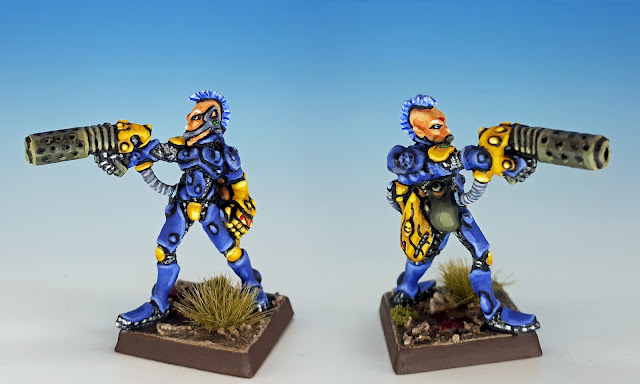 Third is "Ceido Sharpeye". Although this is a simple pose, I find it compelling: the couched shuriken catapult conveys caution and watchfulness. 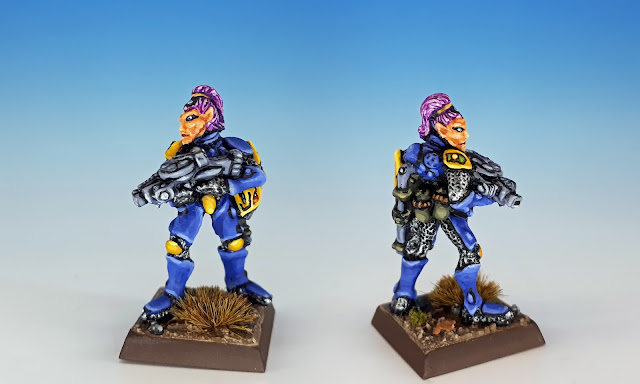 And finally, the last in the RTO4 range is "Kern Proudbrow". The languid but aggressive pose is 100% Eldar awesomeness. Thanks Jes Goodwin for giving us such amazing miniatures! 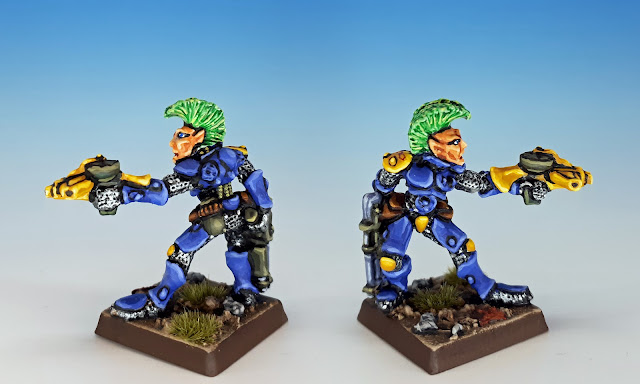 If you know of any other great paintjobs for these miniatures, please share in the comments. Cheers!

Posted by matthewjksullivan at 5:39 AM