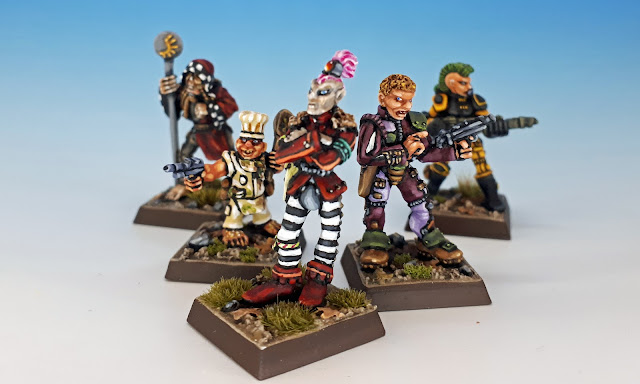 The RT601 range of Rogue Trader adventurers came out in the Spring of 1988, just months after the 1st edition of Warhammer 40,000 hit the shelves. In my eyes, the range was a crowing achievement: 32 miniatures showing the wild diversity and imagination of Games Workshop's new sci-fi universe. Each figure pops with character and story-telling potential.Originally, Warhammer 40K: Rogue Trader was a hybrid between a roleplaying game and skirmish wargame. For instance, it required a Game Master to guide the players through scenarios and campaigns. The rulebook is crowded with charts that randomize the equipment carried by soldiers and heroes, a feature that only makes sense in a roleplaying game (like the random encounter charts in AD&D). And finally, there was the justly famous "Plot Generator" at the back of the rulebook, which threw players into contact with new worlds, alien civilizations, planetary governors, imperial assassins, and dastardly pirates.

But to run these scenarios, you need miniatures to play the dramatis personae: the politicians, rebels, engineers, navigators and rogue psykers. And that's where the RT601 range of adventurers came in!

And yet for all the splendor of this range, it was an evolutionary dead end. As we all know, WH40K grew into a tournament games of army lists, not a plot-driven adventure game. And so the RT601 range was the first and last great spurt of character-miniatures.

I'm pleased to report that I finished collecting and painting all 32 miniatures in the RT601 range. Let's take a look at the first six miniatures!

First is the RT601 "Eldar Trader". In Warhammer 40,000: Rogue Trader (1987), Rick Priestly writes that the Eldar are "clever traders" who eschew conventional space travel. Rather, they use small warp-gate networks centered in their craftworlds to move their goods between planets. The haughty expression of this model is priceless. I can almost hear him saying, "You don't want carpet. You want area rug!" 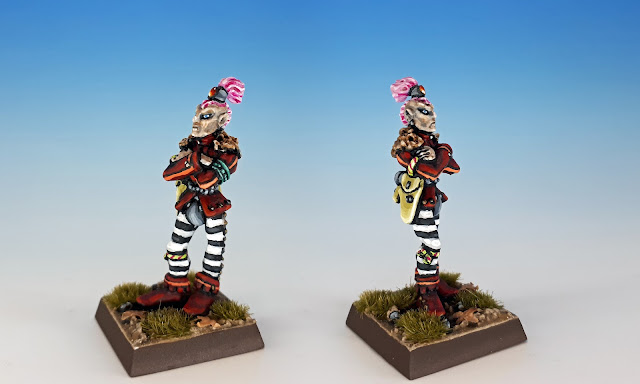 Let's continue looking at some of the non-humans. Second comes the RT601 "Squat Miner". Once again, we are treated to a great facial expression and an insouciant pose. How sweet it is to get some Warhammer miniatures who are not sporting weapons! All this fellow has is a drill, bad teeth, and a cheap cigar. For you collectors out there, this seems to be one of the rarer sculpts in the range. 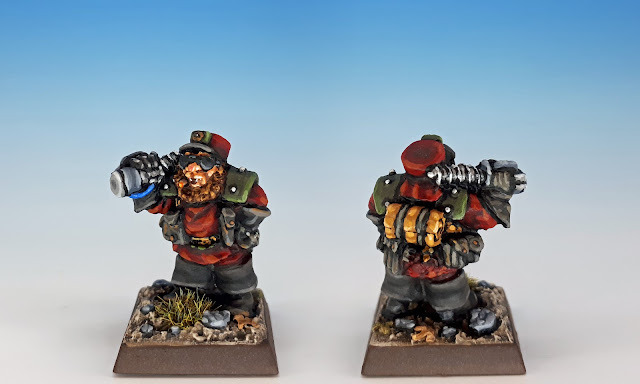 Third is the RT601 "Squat Engineer". There are lovely details on his hazard suit. I'm particularly fond of his eager expression. He looks like "stout Cortez, when with eagle eyes, he something something something upon a peak at Darien." 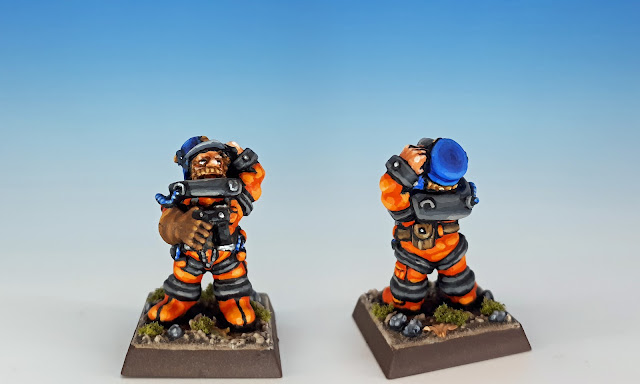 Next is the RT601 "Halfling Cook". In Rogue Trader, Priestly gives a description of Halflings that would make Tolkien moan in his grave: "They are idle, hedonistic, gregarious, over-friendly, and sexually promiscuous... Their lives are spent eating until sick, drinking copious amounts of intoxicating liquid, and procreating uncontrollably. These small, loud, hungry and lecherous creatures call themselves Halflings, but other humans know them as Runtlings, Stunties and Ratlings... They have earned themselves a role amongst the stars working as cabin crew and runarounds...".

I tried my best to make this fellow look loud, hungry and lecherous. 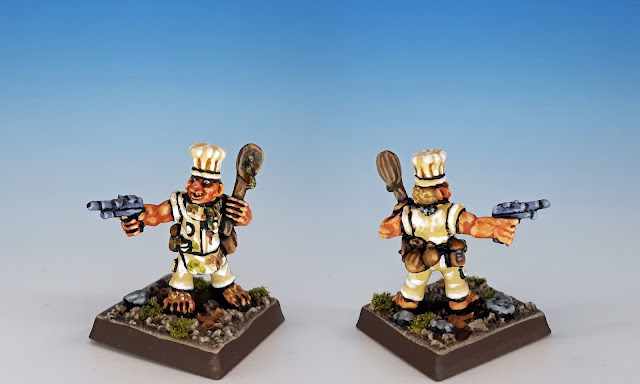 Fifth we have the RT601 "Navigator". Navigators aren't quite aliens: they are mutants with a tendency to be "tall and spindly, and their flesh may have a peculiar transparent quality... Hands and feet can be ridiculously large and are frequently webbed." This is indeed a tall, gangly miniature with over-sized appendages. I went the extra step and gave my Navigator a third eye. 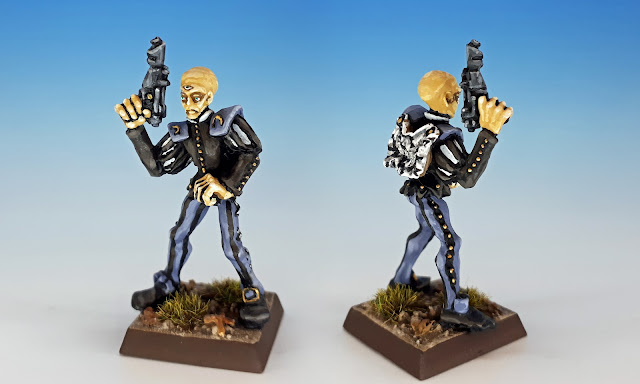 Last we have the RT601 "Ventolin Pirate". Ventolin, of course, is an asthma medication administered through an inhaler. I like Curis' suggestion at Ninja Bread that the Ventolin Pirate is a conhead alien who requires Ventolin gas to survive. In any case, he's a great miniature, with fine details and a striking design. 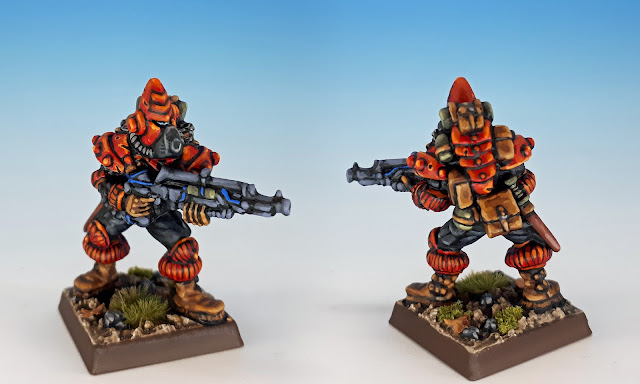 Thanks for coming by! And remember: stay loud, hungry and lecherous! 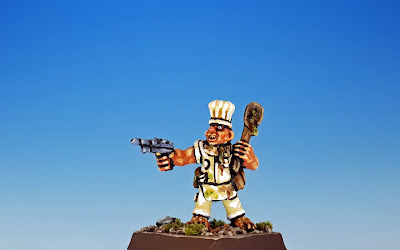 Posted by matthewjksullivan at 7:42 AM