There's a contradiction at the heart of the expanding Star Wars universe. Let's call it Jedi Inflation. On the one hand, we have the movies, which are governed by the idea that the Jedi are wiped out. Indeed, in A New Hope, both Tarkin and Obiwan call the Jedi "extinct" and "all but extinct". This sad fact intensifies the drama of Luke Skywalker's emergence. He is, as Yoda calls him in Return of the Jedi, "the last of the Jedi". This is central to the story. Everything depends on Luke because without him, the flame of the Jedi is forever extinguished. 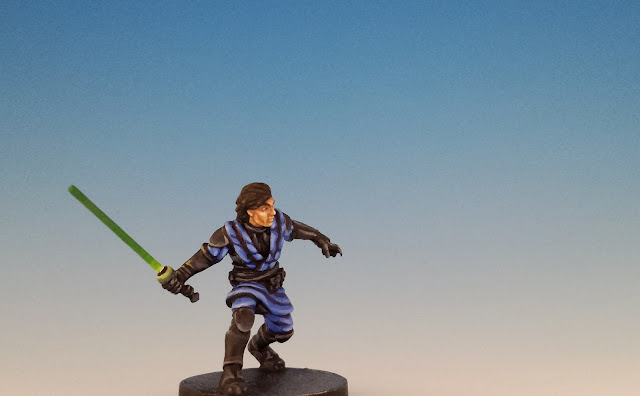 On the other hand, there are the licensed games like Imperial Assault or the excellent TV show, Star Wars Rebels (all of which are overseen by the same "story group" at Disney and follow basic rules of canonicity). They portray roughly the same time period as the original trilogy of movies. And yet in them, other Jedi have survived to battle the Empire. So we have Kanan Jarrus, Ezra Bridger and Ahsoka Tano (in Rebels) or Diala Passil and Davith Elso (in Imperial Assault). These Jedi are not hidden away: the Rebels Alliance is aware of them, and so are the Imperial authorities. They are part of the Rebellion. And they leave me with the impression that the galaxy is crawling with Jedi.

I don't see this tension being resolved any time soon. The Force Awakens continues the story of the Jedi as a vanished tradition. That movie suggests that Luke alone attempted to rebuild the Jedi Order, and when that ended in tragedy and Luke disappeared, all trace of the Jedi seemed to vanish with him. What happened to characters like Ezra (or less official ones, like Davith from Imperial Assault) is unclear.

The reasons for Jedi inflation are so obvious that they barely need to be stated. Jedi fascinate us. They virtually define the Star Wars universe. Fans want to identify with Jedi heroes, and since there isn't enough Skywalker to go around, new characters must be invented. 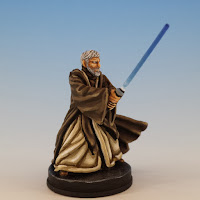 But, at the same time, their expanding number dilutes precisely the thing that makes the Jedi into the Jedi. They are rare, special and exclusive. But it's not mere rarity that makes the Jedi so gripping. More importantly, the Jedi are living anachronisms. Obiwan, Luke and even Vader are relics from a vanished age. Their clothes, manners, and beliefs are out of place in the contemporary world and hearken back to a dim past: A past when swords were used instead of blasters, and when magic was more powerful than technology. To meet a Jedi is truly to meet a species that was supposed to have gone extinct a long time ago.

My favourite encapsulation of the idea that Jedi are time travelers from the past occurs during A New Hope. This is when Admiral Motti (foolishly) upbraids Vader for failing to recapture the stolen plans to the Death Star:


Don't try to frighten us with your sorcerer's ways, Lord Vader. Your sad devotion to that ancient religion has not helped you conjure up the stolen data tapes, or given you clairvoyance enough to find the Rebel's hidden fort...

This sense that they're lost, even in their own fantasy world, is what gives the Jedi a grip on our imagination. Portraying too many Jedi breaks that spell of anachronism. Indeed, I think that's one of the reasons why the Prequel Trilogy fell flat on its face -- it never found a way to construct a universe that both multiplied the number of the Jedi and maintained their aura of being out-of-place and out-of-time. 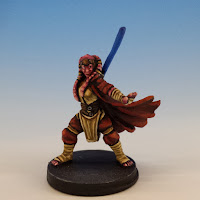 It seems that the current Star Wars canon tries to square this circle by an adroit act of doublethink. It pretends that there is simply no contradiction between the solitary Jedi of the movies versus the Jedi inflation in other media. It's not a terrible approach -- at least it helps to preserve the impression in the movies that the Jedi are a vanished and legendary tradition (certainly, The Force Awakens emphasized this point over and over again -- for instance, by communicating early that Rey and Finn barely believe in the Jedi). But at the same time, we still get lots of interesting if peripheral Jedi characters in shows, games and novels. Jedi inflation? There's no Jedi inflation. These are not the droids you're looking for.

But doublethink isn't a sustainable practice. Sooner or later, the cognitive dissonance will drive you crazy. In the case of Star Wars, a failure to resolve this tension threatens to divide the Star Wars universe in two -- a cinematic half, where Luke Skywalker was the last bearer of the Jedi's flame -- and a fan-friendly half, where plucky Jedi survivors fight the good fight, but never meet up with Luke.

My own view is that a little bit of Jedi inflation is a good thing. It helps to balance another central tension within the Star Wars universe -- the tension between Star Wars as a vast, open-ended story, filled with hundreds or thousands of vibrant characters -- and, on the other hand, Star Wars as a claustrophobic family drama, where the Skywalkers are messianic figures and their story is at the center of the entire galaxy. By throwing in a few other Jedi, the fans are reminded that the Star Wars universe is too big for anyone to fully comprehend. Even Yoda can err, like when he called Luke the last of the Jedi.


My other mini-essays on Star Wars include:

- The influence of Star Wars on Warhammer 40K Rogue Trader
- The stench of Zen Buddhism in The Force Awakens
- Why did Obi-wan hesitate before allowing Vader to strike him down?

Posted by matthewjksullivan at 5:29 AM